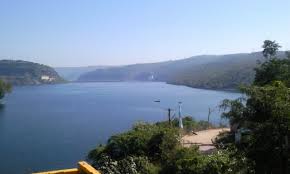 Speakers at a roundtable on Sunday stressed that good relations between Bangladesh and India should be used in resolving water dispute with the neigbouring country.

He was presenting a paper at the roundtable ‘Water Sharing of Trans-boundary Rivers: Bangladesh & India Context’ organized by Shata Nagorik (Committee of hundred citizens) at a city hotel.

It was presided over by Shata Nagorik president and former DU Vice-chancellor Dr Emazuddin Ahmed.

Dr SI Khan said if Bangladesh fails to resolve water dispute with India through negotiations, it should take the issue to the UN and the International Court.

The speakers also stressed the need for initiating a greater movement in unison with the people of different Indian states including Assam and Manipur who are opposing the water projects.

They also demanded that India compensate Tk 300 billions every year for massive damage it is causing to Bangladesh by withdrawing water through the projects.