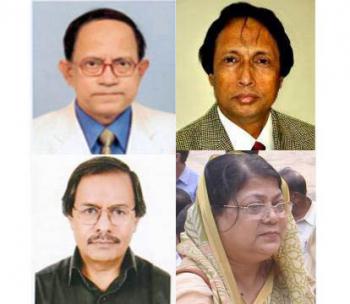 President Abdul Hamid has formed a six-member search committee to find potential candidates for manning the next Election Commission.

President’s press secretary Joynal Abedin told Prothom Alo president Abdul Hamid has formed the six-strong search committee and a letter in this connection has already been sent to the cabinet division.

Officials said the cabinet division will sent a synopsis in this regard to the Prime Minister’s Office for the prime minister’s approval and then it will again be sent to the president’s office.

After all these formalities, the cabinet division will issue a gazette disclosing the names of the search committee members.

Bombs set off in front of Foreign Minister’s house