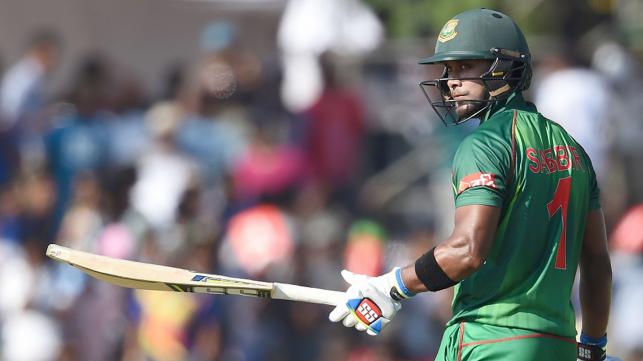 He did not have a great Champions Trophy, but the T20 format has brought Sabbir Rahman some good news. In the latest ICC rankings of batsmen, Sabbir has made his way among the best ten in the shortest format of the game.

Sabbir earned his career best rating in January, but could not make it to the top ten then. He gained 650 then, which has come down to 627 now. However, failure of others have seen him leapfrog them.

Among the Bangladeshis, only Shakib Al Hasan could achieve this feat of being in the top ten before, when he was named in the ODI rankings in 2012.

However, two Bangladesh bowlers are there in the T20 top ten – Mustafizur Rahman at six and Shakib at nine Mahmudullah is sixth in the ranking of T20 all-rounders.

Shakib is still the number one all-rounder in all three formats of the game.