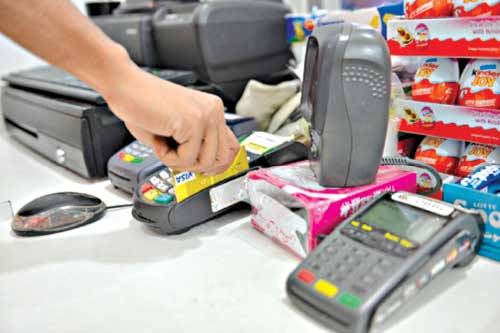 Revenue collection fell short of target by Tk 2,004.13 crore in the first half of the current fiscal year mainly because of fall in domestic consumption, sluggish economic activities and political uncertainly prevailing in the country, officials told New Age on Tuesday.
They said that value-added tax collection which mostly depends on domestic consumption of products and services, and economic activities including production and investment were severely affected in the period, causing such a significant shortfall in collection in July-December period of the FY 2014-15.
The situation will become worse if political turmoil continues, they warned.
VAT collection alone lagged behind the target by Tk 2,654.43 crore while income tax and customs duty collection achieved their respective targets in the period, they said.
According to the provisional data of the NBR, income tax, VAT and customs wings managed to collect Tk 58,449.35 crore in the period against the collection target of Tk 60,453.48 crore set for the period.
The aggregated revenue collection in the six months of the fiscal year was only 39 per cent of total target of Tk 1,49,720 crore set for the entire year, the data showed.
In the remaining six months of the year, the revenue board will have to collect 61 per cent of total target or Tk 91,270.65 crore to achieve the goal.
Overall revenue collection grew by 15.24 per cent in July-December of the FY15 compared with that of the same period of last fiscal year when revenue earning was Tk 50,675.41 crore, the data showed.
Continuous deficit in revenue collection from the beginning of the fiscal year made the tax administration worried about achieving the target by the end of the year, a senior official said.
Now, the revenue board is preparing a strategic plan for the remaining months to achieve the target, he said.
Md Nojibur Rahman who took over the responsibility as NBR chairman last week will sit with the commissioners of income tax, customs and VAT next week to review the current situation and find out ways to boost efforts to achieve the target, he added.
According to the data, VAT officials managed to collect only Tk 21,467.98 crore as VAT in the period against the target of Tk 24,122.41 crore for the period.
VAT collection experienced a huge deficit as some major sectors including mobile operators and cigarette companies paid VAT less than expectation in the period, an official of the NBR said.
Collection from other service sectors also dropped, he said adding that it would be very difficult for the revenue board to recover shortfall if economic situation led by political stability was not ensured.
Customs duty and income tax collection succeeded their target by Tk 680.62 crore and Tk 5.20 crore respectively.
Customs duty collection stood at Tk 17,835.68 crore against the target of Tk 17,155.06 crore.
Taxmen collected Tk 18,721.20 crore in the period against the target of Tk 18,716 crore set for the months, the data showed.
Collection in travel tax and other taxes, however, also fell short of target by Tk 35.52 crore in the period as the collection stood at Tk 424.49 crore while the target was Tk 460.01 crore.
According to the data, income tax, customs duty and VAT collection grew by 17.78 per cent, 13.26 per cent and 14.41 per cent respectively in the months compared with the collection of the same months of last fiscal year.
Source: New Age