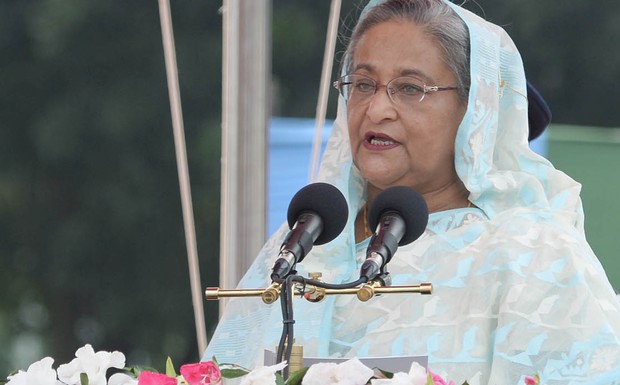 Prime Minister Sheikh Hasina has asked the authorities to take quick action against those who were involved with unrest in the educational institutions.

She said: “Take immediate action against those who are conducting violent activities in the educational institutions, including the universities. The government will not tolerate any terrorism in the campuses, no matter what the responsibility belongs to the ruling party’s organs.”

She came up with the instruction while addressing video conferences with the Deputy Commissioner of Rajshahi and Sylhet on Monday after the regular cabinet meeting.

Later, she also talked to the District Coordination Committee of Pabna and Moulvibazar through video conference.

Referring to the recent incidents in Rajshahi and Sylhet universities, she ordered the authorities to take immediate legal action without showing any political consideration.

At the same time she also expressed her satisfaction over the arrest of those involved in the killing of RU teacher Shafiul Islam.

She said: “Instabilities of Rajshahi university will be under control if the arrested persons will get proper punishment.”

Regarding the SUST incident, she said: “A few days ago an unusual event occurred at Shahjalal University and I asked police of Sylhet to take stern action against those who were involved.”

After the murder, a militant group, Ansar al-Islam 2 claimed the responsibility in a facebook page.

Police so far arrested 11 Jamaat-e-Islami activists in connection with the murder.

On the other hand, Sumon Chandra Das; a third-year BBA student of Sylhet International University was killed during a gunfight between two Chhatra League factions of Shahjalal University of Science and Technology (SUST) on November 20.