A file photo shows NBR headquarters in Dhaka. Central Tax Survey Zone of the National Board of Revenue remains inactive for the last 16 years due to its lack of authority in conducting survey and in issuing taxpayers’ identification numbers. — New Age photo

Central Tax Survey Zone of the National Board of Revenue has remained inactive for the last 16 years due to its lack of authority in conducting survey and in issuing taxpayers’ identification numbers.
Officials said NBR in 1992 established the zone for finding out the potential taxpayers through survey but since 2002 NBR kept the authority of the zone of conducting survey and of issuing TINs suspended.
Instead of strengthening the dedicated zone, NBR empowered all income tax zones for conducting survey, they said.
Tax officials and other stakeholders on Tuesday at a programme on survey, tax net expansion and taxpayers’ motivation, suggested that the NBR should activate the zone and spread its activities across the country.
Central Tax Survey Zone arranged the programme in association with the Dhaka South City Corporation at Mayor Hanif Auditorium of Nagar Bhaban in Dhaka.
At the programme, CTSZ joint commissioner Mohidul Islam said the zone in the first eight years spotted 10 lakh potential taxpayers through surveys and sent the details of those taxpayers to other terrestrial tax zones for bringing them under the tax net.
The taxpayers’ data retrieval system, a computer-based data collection process of the zone, has also remained closed due to lack of manpower and technical support, he said.
Under the system, the zone could retrieve taxpayers’ data from other government agencies like Bangladesh Road Transport Authority and registration office.
The zone commissioner Md Asaduzzaman said at least 70 lakh potential taxpayers could be identified in next five years by activating the zone.
NBR chairman Md Mosharraf Hossain Bhuiyan, who was present at the programme as a special guest, did not make any comment on the issue.
He, however, asked the NBR officials present at the meeting that they should try their best to double the number of electronic taxpayers’ identification number (e-TIN) holders and income tax returns within a year.
Currently, some 32 lakh people have e-TINs while some 20 lakh taxpayers file tax returns.
He also said that NBR would make submission of income tax returns certificate mandatory for candidates in local government elections in future.
He said that currently candidates in city corporations and union parishad elections had to submit only e-TIN certificate which was not enough to ensure tax compliance of public representatives.
NBR would also carry out a ‘city survey’ on people dwelling in apartments in cities to find out potential income taxpayers, he said.
A citizen living in a flat spend a handsome amount of money every month as flat rent and other expenditure but it would be very unfortunate if he or she did not pay income tax, he pointed out.
Dhaka south city mayor Saeed Khokan said that NBR would have to expand its survey activities across the country instead of concentration only on city areas as there were many well-off people in upazila growth centres.
He also demanded that NBR should give a portion of tax collected from citizens in city corporation areas to the city corporations as levy.
There is a provision related to the tax in the fourth schedule of the City Corporation Act 2009, he said.
NBR gets around 60 per cent of its revenue from city-dwellers. So, it should share a fair portion of total tax with the corporations, he added.
Bangladesh Garment Manufacturers and Exporters Association director Md Munir Hossain suggested NBR for spreading the activities of the central survey zone across the country.
NBR members Zia Uddin Mahmood and Mohammad Golam Nabi, among others, spoke at the programme. 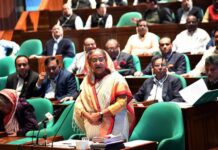 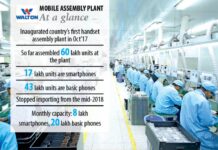