A file photo shows NBR headquarters in Dhaka. The National Board of Revenue recommended that the proposed guidelines on local entrepreneurs’ overseas investment should include provisions that the interested businesses have no overdue taxes in Bangladesh and have to employ minimum 30 per cent Bangladeshis in overseas projects.— New Age photo

The National Board of Revenue recommended that the proposed guidelines on local entrepreneurs’ overseas investment should include provisions that the interested businesses have no overdue taxes in Bangladesh and have to employ minimum 30 per cent Bangladeshis in overseas projects.
The NBR made the suggestions in its observations sent last month to the Bangladesh Bank on the draft Capital Account Transactions (Overseas Equity Investment) Guideline 2019.
The revenue board said that the applicant seeking permission to make overseas investment should not have any cases pending with any tribunal or court on customs duty, income tax and value-added tax.
The applicant entity should have clean track record on the issues and must furnish documents from the relevant agency in respect of tax issues.
The central bank sought opinion of the board and other related agencies on the draft prepared to allow equity investment in abroad by local investors.
It prepared the draft modifying its 2018 draft guideline as per decision of cabinet committee on economic affairs.
In the draft guideline proposes the government to allow an investor to invest up to 20 per cent of his or her average export earnings during the previous five years or 25 per cent of the net wealth, whichever is lower, subject to availability of the fund in the applicant’s export retention quota (ERQ) account.
The government would consider investment proposals on condition of fulfillment of some criteria including having adequate balance in ERQ account and applicant entity has to be financially sound as judged by its audited accounts for the immediate past five years.
The applicant entity should have clean track record in respect of repatriation of export proceeds within the statutory period, four months from the date of shipment or such extension as permitted by the central bank, discharge of import obligations such as having no bill of entry unmatched including local payment against back to back letter of credits.
It should also have clean record of loan payment in the financial system and having no unresolved restructured large loan and tax payment.
In its opinion, the board also requested the central bank to empower it to conduct on-site inspection of the overseas investment made by Bangladeshi entrepreneurs when needed at the cost of the applicant as verification of evidence.
The board also requested the central bank to include a condition of employing maximum number of Bangladeshi nationals at all levels of workforce and management and the percentage of such Bangladeshi employees should not be less than 30 per cent of the total workforce at any time.
The initial capital outflow for the purpose of establishing the company abroad must be repatriated within a reasonable time period as decided by Bangladesh Bank or the proposal evaluation committee, as the case may be, at the time of making decision about the application, said the board.
A senior official of the board recently told New Age that they gave opinion to include the conditions to ensure compliance of applicant with tax regime and increase overseas employment of Bangladeshi nationals.
According to the Bangladesh Bank guideline, the investment proposal should have potential for future earnings of foreign exchange, enhancement of export and employment opportunity for Bangladeshi nationals.
The draft guideline also said the investment destinations should preferably be the countries where there was no restriction for Bangladeshi nationals to work and repatriate their earnings to home, and in countries with Bangladesh has double taxation avoidance agreement.
The government would consider investment proposal to the countries from where investment from Bangladesh, repatriation of capital including capital gain, dividend, technical know-how fees and other fees are allowed.
On the other, investment proposals destination to the countries against which sanctions have been imposed by United Nations, European Union, Office of Foreign Assets Control (OFAC) etc, and which has been identified in Financial Action Task Force Public Statements as Jurisdictions with high risks of money laundering and financing to terrorism, and the countries with which Bangladesh has no diplomatic relationships will not be considered. 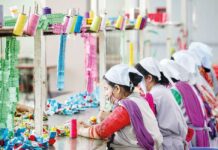 RMG firms exporting less than 80% will not get stimulus funds 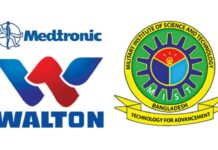