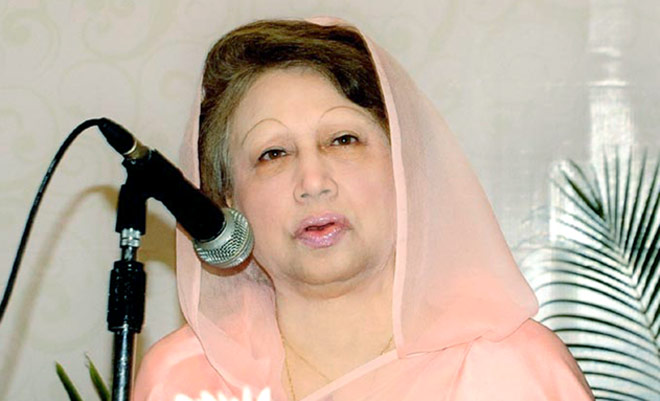 “Families are respected because Mujibur Rahman had a contribution, Ziaur Rahman had a contribution. From there, people have faith in them,” she told the ‘Indian Express’ in an interview published Tuesday.Tarique had gone to the extent of calling the Bangabandhu an “illegal PM” and decried him for not wanting the independence of Bangladesh.“He only wanted autonomy,” Tarique had said at an event in London’s Westminister Hall in April this year.But Khaleda Zia sought to explain in her ‘Indian Express’ interview why two families had largely controlled the politics in Bangladesh.“Look, this is not just about politics — a barrister’s son becomes a barrister, a doctor’s son becomes a doctor, a businessman’s son becomes a businessman. So, politicians generate that interest in their family members. And then, it comes to the people — whom do they accept, that is the key. If they don’t accept, they will be out,” Khaleda said in the interview.What would be different between India and Bangladesh if she ran the show and not Hasina!To this, Khaleda said: “Unlike the Awami League government, I would have sought mutuality of gains in our bilateral relations in all areas, along with using provisions under SAARC to foster closer ties. I would have emphasised that it is vital to earn the trust of the people on both sides to give this relationship greater strength.”