Due to the rising numbers of new entrants, Software & IT enabled services’ exports witnessed 55 percent year-on-year rise in the first seven months of the fiscal year. 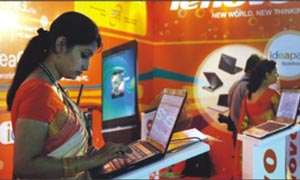 BASIS forecasts IT exports will hit the $100 million-mark this year by BASIS, against the target of $86 million, said AKM Fahim Mashroor, president of the trade body.

“Exports are rising as more entrepreneurs are coming to the arena of outsourcing business,” said Mashroor, adding that banks too are extending greater support following central bank instructions.

Personal data for more than 130,000 sailors hacked: US Navy

No major effect of cyber attack in Bangladesh