It is not just a word, it is a belief 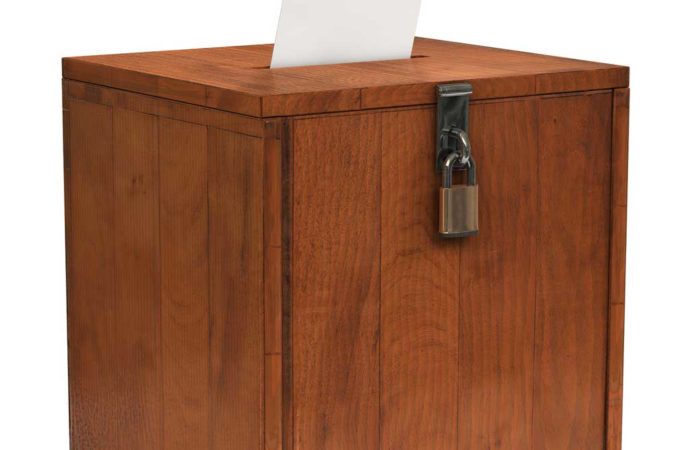 In the 50s through 60s and 70s a one-party state was defined by the communist bloc of countries in Europe and China in Asia.

But then these countries had adopted a political system that was an antithesis to capitalism and they created a party that was supposedly the flag bearer of the common people, the toiling masses.

The party controlled the government in the name of the people. What followed next was not exactly a successor to communism or socialism.

It was a system of government where a single person emerged as the strongman who would take over the reins of government by overthrowing a monarchy or from a so-called revolution in the name of the people.

We would see of a plethora of single-party states in the Middle East where some strongmen emerged after dethroning monarchs. Good examples are Iraq, Egypt, Libya, and Syria.

The list would soon include countries where elected leaders would arrogate to themselves power to make constitutional changes to either outlaw the opposition political parties or coerce them to alliance with the ruling party as a surrogate. Examples are Syria, Myanmar, Tunisia, etc.

And there is the third kind. This kind of one-party state uses democratic means of elections to rise to power, but later uses state power and mercenary forces allied to the state to stifle all opposition.

In some countries, ballot boxes have been used as proxies to obtain the mandate to sustain the illusion of democracy.

In other cases, a mandate to rule for a fixed term has been extended ad infinitum. Opposition has been muffled, freedoms curtailed, and government has operated by fiat and rule of force.

In Indonesia, Sukarno used his popular election as president in the 60s to create an authoritarian state in alliance with the military. In more recent times Robert Mugabe of Zimbabwe used his popular mandate to be prime minister and then changed the constitution to create virtually only one-party in the country that would rule the government for years to come.

There are many states today that may not fall within the definition of governments of one-party states that are cited above.

On the surface, they are not authoritarian because they have the trappings of democracy such as elections, political parties, and institutions that are supportive of democracy. But they operate on unwritten laws that favour only the ruling party and its acolytes.

There are elections, but these are engineered to disfavour elements deemed disloyal or opposed to the government. They have institutions that have a heavy bias to authority in power.

The rule of law exists only on paper because the agencies that are entrusted with the responsibility to enforce it are politically restrained by the party in power.

Where do we fit in?

We would hate to find ourselves in this last category of countries where democracy is a sham, a mere slogan to hoodwink people. We would be ashamed to find that after 45 years of independence we still find ourselves in a stage where outsiders look at our democracy with suspicious eyes. Our people deserve better than a simple cloak of democracy that shrinks after the first wash.

Yet, the realities speak otherwise. Our top leaders are screaming their love for democracy and democratic processes, and asking the country to rally behind the principles of democracy; they are advocating the rule of law and asking people to unite to prevent acts of terror, to keep the country safe from anti-socials. Yet, we find acts of terror that are routinely perpetuated in the country.

The outrageous way a ranking leader of the main opposition and a few other opposition leaders were attacked and wounded on their way to perform a civic duty is a case in point.

This was done not by law enforcement agencies, but allegedly by a group of anti-socials aligned to the party in power.

The way this incident has been handled is a travesty of our proclaimed respect for the rule of law. Instead of having the culprits arraigned and brought to justice not even a word of condemnation came from the leaders of the government party.

How can we uphold to the world our respect and commitment to democracy and rule of law if our law enforcement agencies cannot prevent or would not stop brutal attacks on leaders of opposition parties who are performing their civic duties?

What is the guarantee that such attacks will not take place on others who would later participate in more opposition-like conduct such as participating in rallies or even elections?

Democracy is not just a word, it is a belief. This belief has to be demonstrated not by speech alone but by action. If we truly believe in democracy then we have to believe in a multi-party system where everyone has a fair chance to offer their services to the people.

In a true democracy people exercise their choice freely, without any intimidation from anyone, whether government or opposition.

In order for the people to exercise their choice, it is important that a democracy-friendly environment be created by the government which is free from political thuggery or intimidation of any sort.

Attacks on political leaders by elements affiliated to any party or agency do not bode well for a country that wants to avoid a one-party system.

Ziauddin Choudhury has worked in the higher civil service of Bangladesh early in his career, and later for the World Bank in the US.

NO STRINGS ATTACHED Going on the wrong side is just plain wrong!