The former chief of Israel’s Mossad spy agency has cautioned against an attack on Iran’s nuclear sites and put his trust firmly in US President Barack Obama to intervene if and when necessary. In excerpts of an interview with CBS’s “60 Minutes” programme to be aired in full on Sunday, Meir Dagan said he believes the Iranian regime is a “very rational one,” including firebrand President Mahmoud Ahmadinejad.
“An attack on Iran before you are exploring all other approaches is not the right way,” Dagan said.
“And (President Obama) said openly that the military option is on the table and he is not going to let Iran become a nuclear state, and from my experience, I usually trust the president of the US.”
The Obama administration maintains that tough sanctions on Iran and diplomatic efforts need to be given more time before any resort to bombing raids.
Israeli leaders however say time is running out for any pre-emptive strike. Prime Minister Benjamin Netanyahu said on Monday that sanctions against Iran have not worked, and “none of us can afford to wait much longer.”
Dagan, who retired in January 2011 after eight years as director of the Israeli intelligence service, has repeatedly warned that an attack could fail to curb Iran’s atomic ambitions while risking engulfing the region in conflict.
In the “60 Minutes” interview, he said he did not believe the Iranians were rushing forward to produce a bomb as they understood the consequences.
“But no doubt, they are considering all the implications of their actions,” Dagan said. “They will have to pay dearly… and I think the Iranians at this point in time are… very careful on the project.”
US military commanders say they have drawn up contingency plans for a potential attack on Iran’s nuclear facilities and Defense Secretary Leon Panetta confirmed as much in an interview Thursday.
Dagan, who refused to be drawn on whether Israel has supported youth opposition groups in Iran, said that trying to foment regime change was a smarter tactic.
“It’s our duty to help anyone who likes to present an open opposition against their regime in Iran,” he said.
Asked if he would rather that Israel waited and allowed the United States to act first, Dagan replied: “If I prefer that someone will do it, I always prefer that Americans will do it.”
Analysts and former US military officers say Israeli aircraft could do serious damage to Iran’s nuclear sites but would face a challenge hitting an underground facility near Qom and that America’s vast air force far outstrips Israel’s capabilities. The United States, Israel and much of the international community fear Iran’s nuclear program is an attempt to build a weapon—a charge Tehran denies. 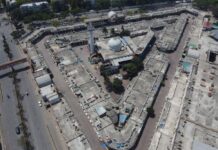 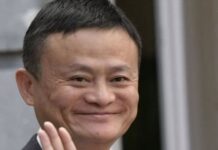