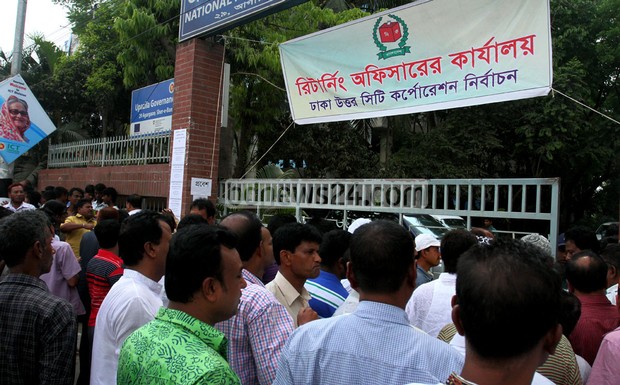 Five other councillor aspirants were also fined on similar grounds.

The law stipulates that candidates cannot start canvassing before they are allocated symbols, after the deadline to quit the race ends.

But Hossain started campaigning for Huq by hanging posters before that.