Democracy remains the best hope to quell insurgent violence and the targeted killing of civilians. 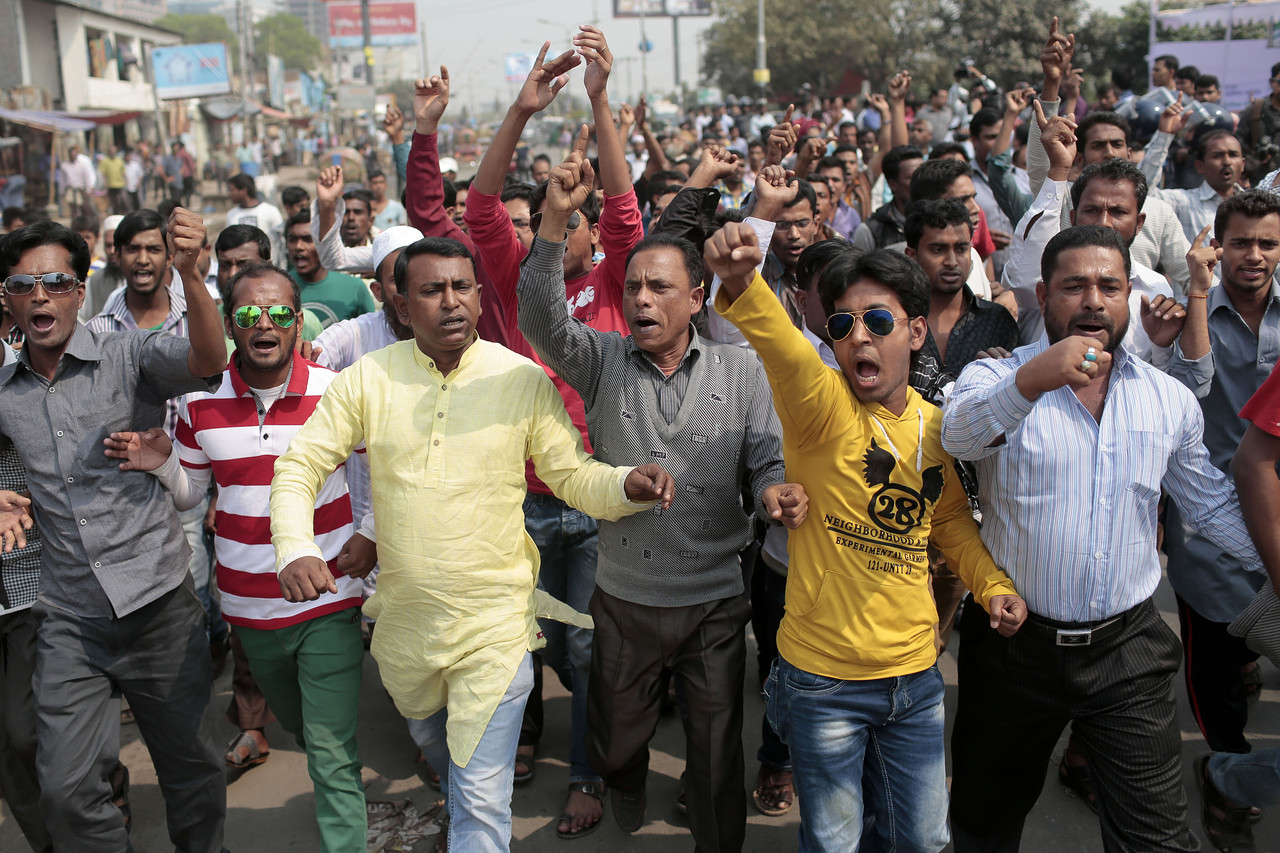 More than 100 Bangladeshis have been killed in political violence since last month, mostly through petrol-bombing of commuter buses and three-wheeler motorized rickshaws. These attacks come amid a nationwide industry and transportation shutdown called by the out-of-power Bangladesh Nationalist Party. The BNP and its Islamist ally Jamaat-e-Islami claim to be campaigning for the restoration of democratic rights, but their methods are disturbingly violent. Most of the alleged perpetrators caught by police in recent weeks have been activists of BNP or Jamaat.

For a mainstream party to resort to insurgent violence is a striking departure from the conventions of political protest in the region. In the past, Bangladeshi political clashes mostly took place at designated times and places of political action—large processions or meetings, for example—and most victims were political cadres or police. The targeted killing of civilians is a ghastly new feature of Bangladeshi politics.

BNP supporters argue that the ruling Awami League’s strong-arm tactics have forced them to resort to extreme methods. BNP leaders have seen indictments pile up against them while Awami League stalwarts have enjoyed exonerations aplenty. Mass arrests since January run into the thousands. More terrifying, BNP and Jamaat activists have faced an estimated three dozen extrajudicial killings since the onset of their movement seven weeks ago.

For all the BNP’s justified complaints, the party’s actions aren’t solely driven by a desire to restore democracy. BNP leader Khaleda Zia and her exiled son, Tarique Rahman, face serious charges of corruption and terrorism, respectively. Convictions would rule them out of the next polls. BNP and Jamaat, meanwhile, are concerned about the International Crimes Tribunal that has sentenced 13 people to death for war crimes committed during the country’s 1971 Liberation War. Most of the convicted are linked to Jamaat, which hopes that unseating the government that set up the tribunal could derail the proceedings.

In January 2014, despite violent opposition and boycotts by BNP and Jamaat, the Awami League pushed through a one-sided election. The League rightly argued that holding the disputed election was a constitutional necessity. But in the eyes of the public, an election in which 153 of 300 parliamentarians gained seats without a contest conferred no proper mandate. (Disclosure: My brother is among those 153 Awami parliamentarians.)

Fresh and fair polls may seem to be an obvious answer to the crisis, but things are more complicated than that. The BNP will want the polls to be overseen by a “caretaker government” composed of unelected officials akin to those who oversaw the past few elections. Yet the last caretaker regime, backed by the military, overstayed its legal tenure by almost two years, so the Awami League has scrapped that provision.

Even if Awami League won’t hear of the caretaker system, the public still demands that the parties arrive at a formula that assures free and fair polls acceptable to all sides. Many voters may disdain the BNP’s violent tactics, but the more stridently the Awami League rejects the BNP’s calls for fresh polls, the more it appears to be ignoring valid public concerns.

This impasse has plunged Bangladesh into misery. Bomb victims are the worst afflicted but millions more are also suffering. Farmers watch their produce rot in the fields, students are unable to attend school and businesses incur extra costs to keep running. More than 1.5 million youth have been unable to take their national board exams with any sense of peace. If the BNP and its allies are driven to persistent insurgent tactics, the country’s hard-earned success in social and economic development could be at peril.

The Awami League feels that foreign observers and domestic voters are too forgiving of BNP-linked violence, including the bomb attacks that killed top Awami leaders when the BNP was last in office. Awami officials further feel that they don’t get enough credit for their record of development or their commitment to secularism and counterterrorism. And when the BNP has resorted to backing terroristic violence, the Awami League may indeed be the better of the two parties.

But in a democracy there is ultimately only one way to win that argument: free and fair elections.

NO STRINGS ATTACHED Going on the wrong side is just plain wrong!