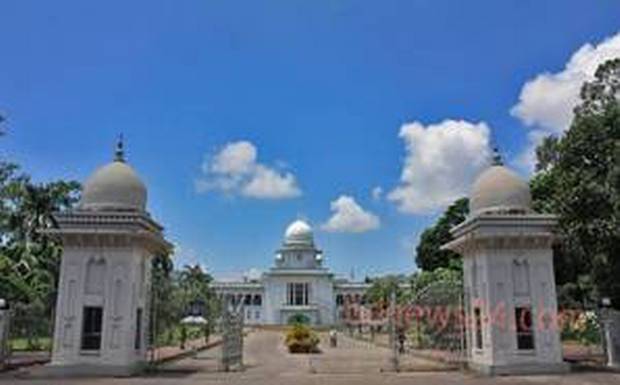 The HC bench of Justice Syed AB Mahmudul Huq, Justice Dr Quazi Reza-Ul Hoque and Justice ABM Altaf Hossain gave the verdict on a majority decision on Thursday after the final hearing on a rule on the issue.

All project work must be immediately halted, the verdict said.

The High Court issued quite a few rules on the matter on Jan 2 last year during a hearing on a petition filed on Dec 22, 2012.

It had also issued an interim order to suspend project work.

The Ashiyan City project is located opposite to Dhaka’s Shahjalal International Airport and beside Haji Camp.

Lawyer for the petitioners Iqbal Kabir Liton told bdnews24.com, the verdict has outlawed all activities related to the project, revoked its permit, and forbidden sale of plots and flats.

The company will have to pay the full fine of Tk 5 million for threatening people and encroaching on their land.

He said the Land Holding (Limitation) Order, 1972 disallows anyone in Bangladesh to hold more than 33 acres of land. The limit is 20 acres in case of agricultural land.

“According to Ashiyan City’s project documents, they have a permit for their residential project on 43.11 acres of land. The law cannot permit a project to be built on such a large piece of land. Lately, it was working on 218 acres of land.”

“There are low-lying lands and drainage basins (flood-flow zones) within the project. There are also canals. No residential project can be built on these types of land, according to the law.”

The High Court issued a rule on Jan 2, 2013 and ordered all project activities by Ashiyan City, including land filling, advertisement, and plot sales to be stopped.

The High Court stopped the reduction and issued a rule asking why the order should not be declared illegal.

The rule also asked why the project’s permit, its renewal and the approval of the project by RAJUK should not be declared illegal.

It also asked why an order should not be given to restore the land to its previous state, forbidding construction, advertisements and sales.

The Appellate Division upheld the order in Aug 7, 2012.

The company was ordered to return the money to their clients, double of what they had originally paid.

In reply to a question the lawyer for the petitioners said the project had already taken booking money for 200 acres of land. The court, in its short verdict, did not say anything about the buyer’s interests.

He said the full verdict might have instructions pertaining to their interests, which he assumes might be similar to the order given by the Appellate Division in case of Modhumita Model Town.

Ashiyan City had gone to the Appellate Division against the High Court’s interim order. It did not issue a stay on High Court’s order but asked the rule to be resolved.

Initially, hearing was held before a two-member bench but the petitioners, at one point, objected to it, prompting the Chief Justice to form a larger bench. Thursday’s verdict was pronounced after a final hearing before that bench.