A Dhaka court has sent former Ahle Hadith president Mojaffar Bin Mohsin to a two-day remand in a case over the murder of Islami Front leader Nurul Islam Farooqi. 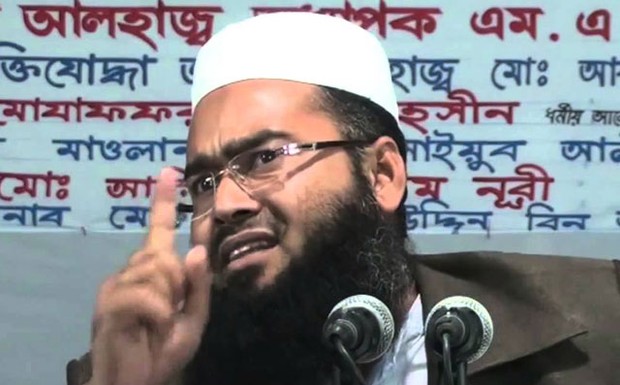 The law keepers on Sunday told the court Mohsin had ordered the killing of Farooqi who was murdered at his East Rajabazar residence on Aug 27.

Dhaka metropolitan detectives arrested Mohsin, 40, from the city’s Mohammadpur area on Saturday for allegedly running a Facebook campaign against Farooqi before his murder.

Farooqi’s family claimed militants were behind the killing.

Mohsin’s lawyer said he had been detained three days ago and sought bail while police sought seven-day custody.

Defence counsel Abdul Matin told the court, “Ask police to question him at the jail gate. You’ll get blessing from Allah.”

But Dhaka’s Chief Metropolitan Magistrate rejected the plea and granted police two days to interrogate him.

Another case was filed by Islam Hossain Tushar, general secretary of Islami Chhatra Sena’s Dhaka unit. The Sena is an affiliate of Islami Front.

None of the cases named Mohsin.

Police had detained three people from Narayanganj and Comilla over the murder but did not get any information from them on the killing.

The video claimed Farooqi had committed ‘Shirak’ and urged everyone to join a protest against Farooqi.