In addressing disinformation online, policy makers should focus on bad actors and deceptive behavior, and avoid basing decisions on content, because much of what is characterized as “fake news” or “viral deception” may be protected speech in a democratic society.

So argues the Transatlantic High Level Working Group on Content Moderation Online and Freedom of Expression.

“Governments should refrain from triggering the removal of undesirable, but legal, content, as such action is inconsistent with freedom of expression,” said Susan Ness, the group’s co-chair and founder, releasing a report and a set of working papers on efforts to curb disinformation, including A Disinformation ABC. 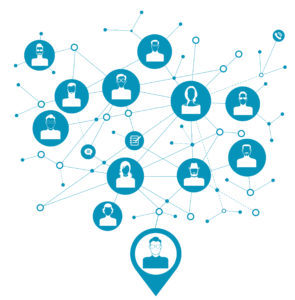 In the Disinformation ABC, “A” is for manipulative actors, “B” is for deceptive behavior, and “C” is for harmful content, notes Camille François of Graphika and Harvard University’s Berkman Klein Center. This ABC framework lays out three key vectors characteristic of viral deception in order to guide regulatory and industry responses while minimizing the impact on freedom of expression. While the public debate in the U.S. is largely concerned with actors – who is a Russian troll online? – the technology industry has invested in identifying and addressing malevolent, coordinated behavior, while governments have focused on content. Download

EU DisinfoLab has uncovered an international network of 265 fake media outlets in 65 countries, targeting the US, Canada, Brussels, Geneva and many more, Alexandre Alaphilippe writes. These media outlets are coordinated to serve Indian geopolitical interests, especially targeting Pakistan’s actions in Kashmir. Read the thread here. Read the summary here. Save the date for EU DisinfoLab’s annual conference: #Disinfo2020: 5-6 May 2020 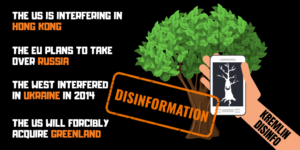 The Transatlantic High Level Working Group on Content Moderation Online and Freedom of Expression (TWG) examined codes of online content regulation at a session co-sponsored by the Annenberg Public Policy Center of the University of Pennsylvania and the Annenberg Foundation Trust at Sunnylands. The new report (download here), highlights best practices from the discussions:

Foreign powers covertly funnel money into Western politics; thwarting their actions will require active and coordinated responses from governments and the private sector, Alliance for Securing Democracy Fellow for Malign Finance Josh Rudolph said in a panel discussion at the Center for International Private Enterprise, a partner of the National Endowment for Democracy.

The Russian Federation has been using various tools and strategies to destabilize democratic or democratizing governments across Europe and Eurasia and encourage the rise of populist, anti-democratic regimes, according to a new report from the International Foundation for Electoral Systems.

The strategy should be part of an international toolkit to ward off malign influences that threaten the independence of these countries and, in turn, increases their reliance on a restrictive model of government that threatens human rights and stifles personal freedoms, they write in Countering Russian Influence in Europe and Eurasia, adding several recommendations including, but not limited to:

Partisanship in democratic discourse creates openings for actors seeking to weaken institutions and use  online space to advance their own agenda, Alliance for Securing Democracy Director Laura Rosenberger told The New York Times. Analysis: Why food can kill in Bangladesh