Ahead of the first of two Twenty20 internationals tomorrow, the visiting South African side sent out a stark warning to the Tigers following their convincing eight-wicket win over the Bangladesh Cricket Board XI in the lone T20 warm-up in Fatullah yesterday.

Opting to bat first, BCB XI were bundled out for just 99 in 18 overs with skipper Imrul Kayes top-scoring with 29. Shuvagata Hom (18) and Sohag Gazi (13) ensured the home side would not suffer total humiliation.

Openers Anamul Haque (3) and Rony Talukdar (1) were cleaned up early in the innings by paceman Kyle Abbott while seamer David Wiese picked up three wickets as Proteas T20 skipper Faf du Plessis deployed as many as nine bowlers.

In reply, Quinton de Kock and AB de Villiers smashed the BCB XI bowlers all over the park and added 64 runs from just seven overs before both the batsmen retired hurt, scoring 35 and 25 runs respectively.

JP Duminy (17 not out) and David Miller (20 not out) guided the visitors to their target with eight overs to spare.

Off-spinner Sohag Gazi and Rony, who were named in the Tigers’ T20 squad, failed to utilise the opportunity as Gazi gave away 18 runs from his two overs, remaining wicket-less.

And according to BCB XI skipper Imrul, the tour game will help both Gazi and Rony to gain some much-needed exposure before heading into the two T20 internationals. Imrul also said the Proteas’ fast-bowling department is more controlled in comparison with the Indian side.

He also suggested the Tigers batsmen to have a look at the bowlers in the first couple of overs before going for their strokes. But at the same time, Imrul said it will not be a huge challenge for the Bangladesh batsmen. He said if the Tigers remain strong mentally, then the result will come in favour of the home side.

“Few of the players from the T20 squad played this game and I think it will help them to gain some experience ahead of the series. Sohag Gazi returned to the national side after a long time and I think this match will help him. It was a big opportunity for them,” said Imrul before adding, “I do not think this series will be very difficult for us as cricket is a mental game and if every player remain mentally strong, it’s always good for us. Most of the players who played international cricket, they have played against almost every team in the world and I think it’s nothing new for them. Our team has changed now and everyone is playing well and I believe we can do well,” said Imrul. 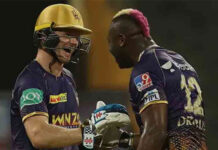