Nobel Laureate Professor Muhammad Yunus has been on a three day visit to Mexico from 17-20 July. He visited Veracruz, third richest state of Mexico , at the invitation of the Governor of the state, Javier Duarte de Ochoa.The Governor organized an open air gala event at the historical spot at the port area where Spanish traders first set foot on the Latin American continent to give a formal reception to Professor Yunus. The event was attended by the mayors of various leading cities, members of the state legislative assembly, business leaders, and academics. The Governor brought Professor Yunus with him from Xalapa, the capital of the state, in his official helicopter. During his speech at the ceremony Governor, Javier Duarte de Ochoa announced that with his discussion with Professor Yunus that he is convinced about social business and announced his decision to launch social business in his state by making a grant of $ 4.5 million to Yunus Social Business Fund to be created by Professor Yunus in Veracruz within next three months. As soon as the fund is created the grant money will be transferred to the fund to launch social businesses without delay.

On the day before Professor Yunus addressed a conference in Leon attended by countries top business leaders organized by his long time friend and former President of Mexico Vicente Fox at Centro Fox in Guanajuato. He also appeared in a national TV program in a conversationwhich was a conversation program between President Fox and Nobel Peace Laureate Professor Yunus. During a press conference, President Fox also announced his plan to launch social business movement through Centro Fox in his State.

On his final day in Mexico, Nobel Laureate Professor Muhammad Yunus visited the borrowers of Etla branch, in Oaxaca state of Mexico. Grameen Microcredit programme was launched in 2009 in collaboration with Grameen Trust and Carlos Slim of Mexico who is among the wealthiest people in the world. This program known as Grameen Carso is focussed in the state of Oaxaca, the poorest state in Mexico. Nearly 1000 borrowers, all of whom are women, many with their children, gathered in a city hall in a festive environment to meet Professor Yunus.

The Grameen Carso program headed by a Bangladeshi Project Director, Mr Shamsul Alam Khan Chowdhury, now has 7 thousand borrowers under 24 branches. They are maintaining 100% repayment record since the beginning of the programme five years back. In the meeting with Professor Muhammd Yunus in City Hall, borrowers described their story of successes in businesses and thanked Grameen Carso for helping them to change their lives. Professor Yunus was received by the Governor of Oaxaca, Gabino Cué Monteagudo who thanked Professor Yunus for his microcredit project. The Governor invited Professor Yunus to help him launch social businesses in his State. Professor Muhammd Yunus also addressed the students and faculty of University Jose Vasconcelos and attended a special reception given by Alumni Association of university of monterrey . 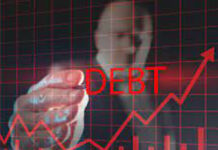 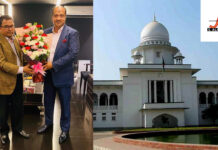