Visiting Indian Secretary Sujata Mehta on Monday said Prime Minister Narendra Modi is looking forward to visiting Bangladesh soon with some concrete proposals for the development and welfare of the people of both countries.

Sujata, Secretary of the Indian Ministry of External Affairs (MEA) Secretary (Multilateral and Economic Relations), said this when she met Prime Minister Sheikh Hasina at her official residence Ganobhaban in the evening.

He said Sujata also conveyed Modi’s greetings to his Bangladesh counterpart and praised the pragmatic and able leadership of Sheikh Hasina for maintaining a stable GDP growth and Bangladesh’s economic development.

Noting that Bangladesh and India are enjoying an excellent bilateral relationship, she said it would reach a newer height under Sheikh Hasina’s leadership.

The Prime Minister mentioned that Bangladesh attaches importance to its relations with friendly country India, and said the two close neighbours could do some more for the development and welfare of the two peoples, especially for the rural poor.

Terming poverty the common enemy of the region, Hasina stressed working together to reduce poverty and bring down the gap between the rich and the poor.

In this connection, the Indian Secretary responded positively on behalf of the Indian government.

About India’s fresh proposal to Bangladesh for provide another US$ 1 billion loan under the second Line of Credit (LoC), she said: “We could take more development projects under the LoC.”

Sujata observed that three to four more Indian companies are interested to invest in Bangladesh’s power and energy sectors.

She also said Bangladesh could invest in the hydropower projects in northeastern India or directly buy power from there, and proposed forming a solar alliance between the two neighbouring countries. 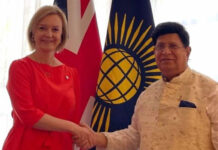 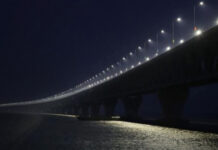 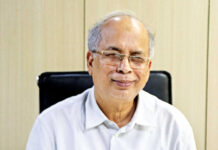 1.25 lakh policemen did not go home for Eid