140 electoral enquiry committees to be formed

The Election Commission will deploy some 900 executive and judicial magistrates across the country to curb violence and violation of the election code of conduct during the country’s 10th general election slated for January 5 next.

In the first phase, 300 executive magistrates will be fielded across the country – one magistrate in each constituency- from December 13, the last date for withdrawal of candidature, an official at the EC secretariat told UNB seeking anonymity.

In the second phase, 600 more magistrates from both executive and judicial wings equally divided will be posted in the constituencies throughout the country for four or five days before and after the voting day.

One judicial magistrate and two executive magistrates will run mobile courts against electoral violence and violation of polls codes in each constituency until January 6, a day after the voting.

The commission will put forward a letter to the Public Administration Ministry on Thursday seeking 300 executive magistrates for the first phase to conduct summary trials during the pre-election period.

Besides, the EC has already decided to form 140 electoral enquiry committees for the country’s 300 constituencies to prevent electoral anomalies until the election process is over through publishing gazette notifications.

A two-member judicial enquiry committee will be set up with a joint district judge as its head.

In order to form the enquiry committees, the commission secretariat on Wednesday in a letter asked the Law Ministry to send a list of subordinate court judges mentioning their posts to the EC before the civil courts go into month-long vacation beginning on December 1.

The electoral enquiry committees will work on preventing anomalies and controlling electoral environment during the pre-election time.

The EC will form the committees immediately after receiving the lists of 280 judges from the law ministry, the official said.

In the past national elections, the election enquiry committees started functioning following the announcement of the election schedules. But this time, the incumbent election commission, headed by Kazi Rakibuddin Ahmad, is lacking behind in this regard.

The enquiry committees are likely to be formed next week, EC sources said.

No candidate can begin electioneering three weeks before the date of voting.

If anyone violates the code of conduct to be deemed as an offence and punishable by jail term for maximum six months or a fine of maximum Tk 50,000 or with both. In case of political party, it will be fined maximum Tk 50,000.

On January 25, Chief Election Commissioner Kazi Rakibuddin Ahmad declared the schedule for the next parliamentary elections. 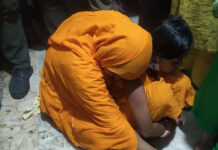 ‘Why is my father not talking to me anymore?’