Zimbabwe beat Bangladesh by 335 runs in the first test at Harare Sports Club on Saturday after skipper Brendan Taylor became just the third Zimbabwean to score a century in each innings of a match.

Taylor’s 171 and 102 not out set up Zimbabwe’s victory in the first of two tests and delivered the country’s first win since it beat Bangladesh in its comeback match in 2011 after a six-year exile.

Bangladesh was bowled out for 147 in its second innings soon after tea on the fourth day to fall to a heavy defeat after only making 134 in the first innings.

Legspinner Graeme Cremer had four wickets for just four runs in 5.2 overs in Bangladesh’s second innings. Seamer Kyle Jarvis took 3-75 for seven wickets in the match as the Bangladeshis were bowled out in less than 50 overs and facing a huge target of 483 to win the test.

Captain Taylor was the inspiration for Zimbabwe’s first win in six tests, anchoring its 389 in the first innings with his career-best 171 after the home team was put in to bat by the tourists. He completed his second century earlier on Saturday. It was also his third hundred in his last four innings against Bangladesh.

Taylor was unbeaten on 102 with five fours and two sixes when Zimbabwe declared on 227-7, a lead of 482. He joined the Flower brothers, Grant and Andy, as the only Zimbabweans to make two hundreds in a test and was the first Zimbabwean in over a decade to achieve the feat.

Bangladesh’s struggling batsmen then collapsed for the second time in the match, with only Mohammad Ashraful resisting for any length of time with his 40 from 105 balls. Ashraful was run out by Taylor and Bangladesh lost its last four wickets for 15 runs – all to spinner Cremer – to slump to defeat.

The second test starts on Thursday. 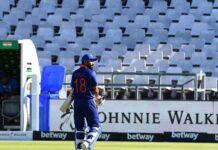 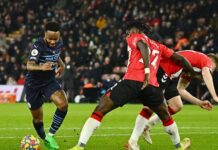 We lost the mental battle