When vegetable and potato prices have shot up in Dhaka and other cities for short supply, rural markets are replete with agricultural produces due to disruption in transportation because of frequent blockade programmes enforced by the opposition robbing of the growers’ smile.

According to Department of Agricultural Marketing (DAM), the average prices of per quintal cauliflower, cabbage, bean and brinjal at district level wholesale markets were Tk 4,208, Tk 2,560, Tk 4,778 and Tk 2,942 respectively in October.

But the weekly price bulletins are showing a 30-60 percent fall in the prices in the first week of December. DAM figures out the average district-level prices from the weekly bulletins prepared by 68 DAM stations across the country.

Usually, the prices of winter vegetables gradually decrease as the season progresses, but about 50 percent fall within two months is unusual.

DAM is struggling to figure out the average district prices up to dateas only a few of the 68 stations are being able to prepare their bulletins and send it to the Dhaka headquarters due to the transportation havoc over the last two-three months, said an official on condition of anonymity.

DAM deputy director Abdur Rashid told UNB that its stations in northern region of the country, and in Jessore-Satkhira belt, are reporting the fall of winter vegetables.

“It’s mainly because of the transportation problem. As perishable items, vegetables require quick transportation, but the lorry-charges have increased a lot due to the blockade. As a result, the supply has decreased to the capital and other city markets,” he said.

“The result is two-fold – prices hasve increased in city markets, but decreased at the growers level,” added Abdur Rashid.

Meanwhile, the price of newly-harvested potato has also fallen drastically at the growers-level from Tk 1,200 per quintal to Tk 850 per quintal over the last seven days due to halt in transportation, according to farmers in the northern districts.

“Traders are offering very low price as transportation of the crop to Dhaka has almost been halted due to blockades and hartals,” M Shah Suja of Nilphamari told UNB.

However, the price of newly-harvested potato was reported to be hovering around Tk 12-16 per kg at the retail level across Rangpur and Rajshahi divisions, and around Tk 25-35 per kg in Dhaka and Chittagong divisions Thursday, according to DAM.

Department of Agricultural Extension (DAE) has fixed the current fiscal’s target for vegetable cultivation at over 7.66 lakh hectares of land.

The vegetable production target has also been fixed at 132.21 lakh tonnes for the fiscal 2013-14, according to sources at the DAE.

The acreage target for winter and vegetables has been set at 4.95 lakh hectares and 2.7 lakh hectares, and the production at 92.5 lakh tonnes and 37.80 lakh tonnes respectively, they added.

Besides, the target for potato production has been fixed at 86 lakh tonnes. 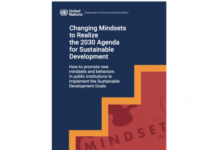 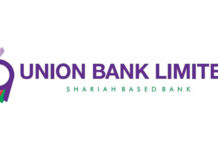 WiMAX cos to face BTRC action if dues not paid

Import ban on used cars to leave the market uneven