Some 9.44 lakh people received tax related assistance from taxmen from the fair that took place for seven days in all divisional cities since the first November and for four days at district towns.

This year, the NBR took the show to 103 upazilas, up from 86 upazilas last year, with a view to creating awareness about the importance of paying tax at the grassroots level in a bigger way.

“The fair makes a big difference. Here, people extend helping hands cordially. But at the tax offices the attitudes of many of them change,” said Taslima Akter, who along with her husband Mofiz Uddin, came to submit returns at the fair in Dhaka.

The elderly couple have been submitting their annual income and wealth statements at the fair since the first edition in 2010.

As taxpayers get almost one-stop service at the fair, the annual event is only growing in popularity, which is encouraging the NBR to expand its coverage every year.

In the face of increased presence of taxpayers, the NBR extended the closing time for fair at the under-construction headquarters of the NBR at Agargaon to 8pm early this week. It was further increased to 10pm on the sixth day. Yesterday it was extended past 10pm.

After returns submission, the couple were looking for the end of the queue for collection of the plastic Income Tax ID Card at the venue.

Hundreds of people were seen in the queue for collecting the machine generated card with photos and names of each of the taxpayers, their TINs, tax zone and the year of tax payment.

Volunteers at the venue were suggesting that taxpayers could get the Income Tax ID Cards from their field offices but not many were interested in making another trip.

Mofiz and Taslima were unwilling to visit the tax office to get the card as they think that it would not be so easy then.

“There are hassles,” Taslima added.

Riad Sabbir, a young banker, said it is not possible for those with regular jobs like him to spend another day to collect the card.

Taxpayers were also unclear about the application of such cards.

“We need TINs for various purposes and the card will be useful for that,” said Tamizuddin Khan, a retired army person.

Some taxpayers such as Nasiruddin said the card may be more useful in future.

Mofiz and Taslima urged the authorities to make arrangements such that they can get the tax clearance certificates from the fair without visiting tax offices at a later date.

The couple said they do not have good experience of collecting tax clearance certificates from field offices.

“One has to open up wallet,” she said, indicating that one has to make undue payments to get the document.

Nasiruddin suggested that the government should declare the Income Tax ID Card as proof of completion of the tax process.

Taka may be weakened further 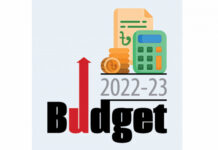 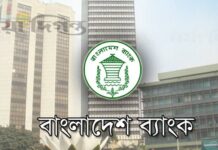