Suranjit Sengupta has urged the leaders of the ruling Awami League-led coalition to ‘immediately’ stop the war of words over the post-Liberation War activities of JaSaD, a member of the bloc.

The Awami League Advisory Council member told a discussion on Friday that the ongoing debate over the role of JaSaD (Jatiya Samajtantrik Dal) was ‘uncalled-for, irrelevant’.

“We know the history of JaSaD. Everyone knows our history, too. We forged an alliance with them knowing the history full well,” said Sengupta who once pursued left-wing politics.

The coalition between his party and leftist JaSaD was a move against militancy and for democracy, he told the discussion at the Institution of Diploma Engineers, Bangladesh.

Sengupta also urged the ruling leaders and activists, and journalists not to fuel the tension between the two parties.

He also questioned why suddenly the ruling party leaders and their rivals started making comments over his party.

However, Sengupta on Friday said, “I know the actual matter. It is the outpouring of August emotion of some Awami League members. The Grand Alliance will not break over this. Nothing will happen to Mr Inu.”

The Awami League observes August as the ‘month of mourning’. Bangabandhu was killed along with most members of his family on Aug 15, 1975.

“Politics of murder, coups of the 1980s is now obsolete. Sheikh Hasina is a bold woman. There will be no gain made by talking about such thing,” he said.

“The country is stable now. So we’ll have to stop making such remarks and move forward,” he added. 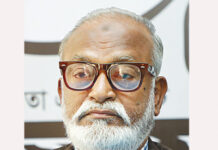 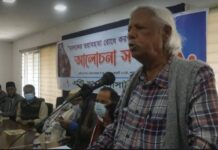