Two years ago, more than 1,100 people lost their lives in the rubble of Rana Plaza. The tragedy made headlines around the globe. People with no personal relation to those affected donated money, medical supplies, and blood, physically participated in the rescue efforts, and took to the streets to protest against a politico-economic system that continues to put the lives of workers in Bangladesh at risk.

What you probably do not remember is that on the very same day, April 24, 2013, more than 18,000 children under the age of five also died senseless deaths, almost all of which could have easily been prevented. 5,000 died from pneumonia or diarrhoea, 1,200 died from malaria, and most of the rest died from other poverty-related causes.

Many of these deaths occurred in children who were already weakened by inadequate nutrition, which contributes to half of all under-five deaths globally. Of the 18,000 children under the age of five who died on April 24, 2013, about 350 died in Bangladesh — 13% from pneumonia, 5% from diarrhoea, and 57% from neonatal causes. That is despite the tremendous strides Bangladesh made in lowering child mortality during the last two decades.

Of course, this happened not only on that fateful April day two years ago. It is happening every day, adding up to 6.6 million children under the age of five dying every year, almost all needlessly, of poverty.

People tend to be more interested in unexpected, localised catastrophes than in what happens every day. But, obviously, that does not mean that the lives of those who died of poverty were less important than the lives of the garment workers who died in Savar.

In stark contrast, the rich are doing better than ever. That is true for the world-at-large, just as it is true for Bangladesh, where new upscale restaurants, stores, spas, and hotels open daily. One only needs to walk through one of the affluent neighbourhoods of Dhaka, or Chittagong, to get an idea of how much wealth many have accumulated.

In his 2009 book, The Life You Can Save, Princeton philosopher Peter Singer asks whether the well-off have a moral obligation to help the poor. He presents the following thought experiment:

“On your way to work, you pass a small pond … [you] see a child splashing about in the pond … if you don’t wade in and pull him out, he seems likely to drown. Wading in is easy and safe, but you will ruin the new shoes you bought only a few days ago, and get your suit wet and muddy … what should you do?”

You probably agree that you should wade into the pond and pull the toddler out. This answer, Singer says, derives from the general principle that, if it is in your power to prevent something really bad from happening, without sacrificing anything of comparable importance, then we morally ought to do so. If that is true, then many of the ways in which the well-off spend their money is morally problematic.

Dinner at one of the many posh restaurants in Dhaka nowadays easily costs up to Tk2,000 or even Tk7,000 per person. Exclusive saris sell for Tk15,000 to Tk1.5 lakh, new BMW cars for Tk1cr to Tk4cr. All of these things are luxuries, given any reasonable definition of the term.

One can get an equally nutritious dinner for Tk200, a beautiful sari for Tk2,000 to Tk5,000, and an equally functional used car for Tk15 lakh to Tk25 lakh. The money choosing moderation over luxury saves can buy many packets of oral rehydration salts, which sell for about Tk10 each. Most of the approximately 18 under-five deaths from diarrhea in Bangladesh each day could be prevented by administering each child a few of these packets.

You will object that helping is typically not as easy as buying oral rehydration salts, and you are right. But it is not difficult either, no more difficult than, say, finding an effective charity and making a donation.

Charity evaluators, such as GiveWell, conduct in-depth research to determine how much good a given charity accomplishes per taka spent and make finding an effective charity easy. One of GiveWell’s top-rated charities is the Schistosomiasis Control Initiative, which de-worms children for an estimated total of only Tk57 to Tk77 per child. In Bangladesh, there are Brac, Sneha, DCI, CARE, Save the Children, Oxfam, and many other charities which are working hard to make extreme poverty history.

In the time you took to read this article, 56 children under the age of five died of poverty. And that is assuming you are a fast reader. 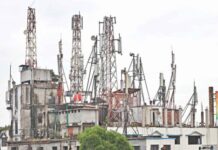 The sinkhole of unpredictable regulation in Digital Bangladesh 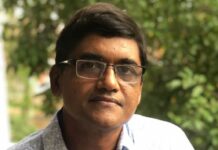 Democracy can only flourish where the press can work freely