But in a Faceboook post updated in his official fan page on Monday, he observed attempts to organise talks to end Bangladesh’s political impasse may not yield result in the face of opposition ‘aggressive stance’.

The post comes only a day after his mother brushed aside the opposition’s demand for constitutional changes to restore the caretaker system.

The 15th Constitutional Amendment has made it obvious that the elections will be held under the supervision of the incumbent Awami League government.

BNP has been on the streets demanding a caretaker administration to hold the polls saying polls under the present government can never be “free and fair.”

The leaders of the opposition have also threatened to boycott the polls if their demand for revival of the provision is not met.

Speaking at a programme on Sunday, Sheikh Hasina said, “(We) amended the Constitution with people’s mandate. The election will be in line with the Constitution. We will not move an inch (from our stance).”

Joy, through that Monday’s post, also reminded BNP about the Supreme Court verdict that annulled the provision.

“The Caretaker Government system was ruled unconstitutional by our Supreme Court. The Preamble to our Constitution states that Bangladesh is a democratic republic, governed by ‘elected’ representatives of the people. This means that any ‘unelected’ government is unconstitutional.”“Months back, we had offered the Opposition to come to an understanding over the issue of caretaker. However, the opposition has been repeatedly rejecting any such talks and instead issuing ultimatum,” Joy said, while referring to Sheikh Hasina’s offer of dialogue in May which was rejected by Khaleda Zia.

“We don’t think any parleys at this juncture will be fruitful. Opposition is continuously issuing ultimatum and warning, but nevertheless it will ultimately join the poll process.”

Joy was of the view that even in the local elections the BNP had been using the same tactics. 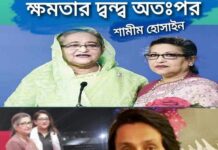 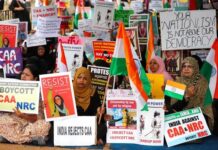 Directorate General of Forces Intelligence accused of hacking and cyber crimes; “our boys and...