War tribunal asks him to explain his time forecast on verdicts

The International Crimes Tribunal-2 yesterday asked Suranjit Sengupta, a minister without portfolio, to explain his “imaginary comment” on the date of verdicts in the cases pending with the tribunal.

The tribunal, on its own motion, issued the show cause notice following a report of Bangla daily Amar Desh, published on December 23, quoting Suranjit’s speech at a rally of Awami League-led 14-party alliance a day earlier.

The newspaper quoted Suranjit as saying, “The next year is 2013. Verdict of 14 identified war criminals has already been finalised. Trial of these 14 war criminals would be completed anytime within 2013. Their verdict of execution will also be implemented. None would be able to resist it.”

In its order, the tribunal said Suranjit’s comment in prima facie appears “to be extremely derogatory to the independence of the tribunal, causing substantial obstruction to the administration of justice.”

“Thus we [tribunal] need to have an explanation from Suranjit Sengupta as to how and on what basis he has foretold such imaginary comment in public on a sub-judice matter,” said Justice Hassan.

The tribunal on November 13 asked the high-ups in the government to exercise restraint and be careful in making comments on a sub-judice matter.

It also disposed of two separate contempt of court petitions against Awami League leaders Syeda Sajeda Chowdhury and Matia Chowdhury on the day.

On December 4, the tribunal also issued a show-cause notice upon the editor and a reporter of the Bangladesh Pratidin for publishing report setting an “imaginary timeline” of passing verdict in the case of Quader Mollah.

The matter, however, was disposed of as the respondents offered unconditional apology before the court. 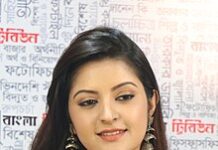 No rally? So Jamaat calls hartal for today

Dhaka cut off from rest of the Bangladesh