BNP standing committee member Moudud Ahmed speaks at a programme at the Jatiya Press Club in the capital on Monday.

The opposition will not even accept the president or the speaker, let alone the present prime minister, as the chief of an interim government to oversee the next general election, BNP leader Moudud Ahmed said Monday.

Mentioning newspaper reports on the formation of an interim government with the president or the parliament speaker as its head, he termed them as partisan persons.

“There is no mention about the interim government in the constitution,” said Moudud adding the prime minister knows that the BNP-led 18-party alliance will not go to any election with her as the head of the administration. 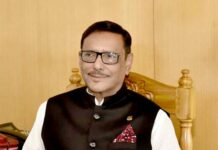 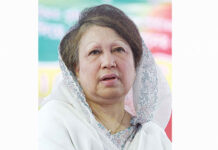 IO accuse SQ Chowdhury as collaborator of Pakistan junta in ’71