Doctors say hundreds of injured workers rescued from Savar’s Rana Plaza need a huge supply of blood and have urged the people donate blood to save lives.

Hundreds of people were being rescued from the collapsed eight-storey structure on Wednesday and taken to Enam Medical College and Hospital.

The hospital which has 400 beds was immediately overwhelmed. The injured were still being brought in the hospital hours after the disaster.

The injured were also brought into the Dhaka Medical College and Hospital and the National Orthopaedic Hospital and Rehabilitation Institute, better known as Pangu Hospital, as well as to various other clinics in Savar.

Those who would like to donate blood have been requested to contact the Enam Medical College and Hospital.

The blood bank technologist at the hospital Toriqul Islam said, “Those who want to help can have their blood collected from other places or appear in person to donate blood.”

A blood camp is already working to collect blood at the hospital.

A blood camp has been set up in front of Ganajagaran Mancha’s media cell at Shahbagh. 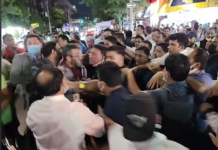 Brawls in Jackson Heights: A Sad Side of Bangladesh 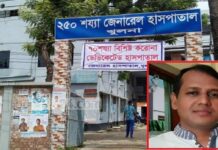 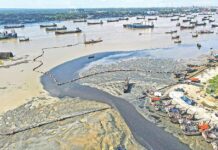