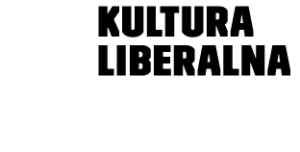 Open societies “are more likely to find answers (to the #covid19 crisis) more quickly” than authoritarian ones because they encourage “ creativity and cooperation, National Endowment for Democracy (NED) board member Nadia Schadlow told a recent Hudson Institute forum.

It is possible that over the long term, the coronavirus pandemic will prompt democracies  to find a “new type of pragmatic and protective internationalism,” a leading analyst suggests.

The spectre of a sanitary cataclysm effectively pushes democracy to the sidelines, say two prominent analysts. In those countries where respect for democracy has been established over many years, it does not have to be dangerous. But things look different in places where illiberal populists have already started to translate the 2020 health emergency as the victory of the nation-state over a helpless EU, and the liberal rules-based multilateral order, according to Karolina Wigura and Jarosław Kuisz, political editor and editor-in-chief, respectively, of the Polish weekly Kultural Liberalna and both fellows at the Wissenschaftskolleg zu Berlin (Institute of Advanced Studies in Berlin).

The sequence in which the Schengen provisions were suspended in central and eastern Europe tells us something important about societies in this region and perhaps even about the EU in general, they write for the Guardian:

On Monday, Hungary’s Parliament—which is dominated by Orbán’s party—passed laws granting Orbán sweeping powers for an unlimited period of time, the Columbia Journalism Review’s Jon Allsop notes. Parliament is shuttered, elections are banned, and Orbán now has the right to suspend existing laws and make new ones by executive fiat; as Ishaan Tharoor wrote in the Washington Post, the coronavirus has “killed its first democracy.”

Ivan Krastev, a Bulgarian political scientist who has written extensively on European political shifts, referred to the Hungarian law as “a kind of authoritarian entrepreneurship”, comparing it to people selling masks and other equipment at inflated prices. Orbán, he said, is experimenting with what might be possible in this sudden new reality. “He’s trying and testing, to see what the market will take,” the Guardian reports: 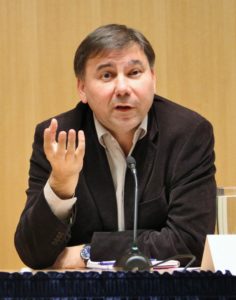 Krastev* compared the current crisis to the financial crisis of 2008 and the migration crisis of 2015, and said that while then the responses in Europe were driven by anxiety, this time the dominant emotion is fear, which is much more direct. “This makes people ready to tolerate everything, because when the danger is everywhere, you believe only the government can help you,” he said.

Elisabeth Braw of the Royal United Services Institute warns of a moment of extreme geopolitical vulnerability, the Guardian adds.

“The coronavirus is a perfect opportunity for the west’s adversaries to watch how countries cope – or don’t cope – with a major crisis,” she wrote. But John Ikenberry, professor of international affairs at Princeton University, is less fearful, pointing to the US-led recovery after the 1930s Depression. Intensifying great power rivalry in a fractured, damaged, poorer world might indeed be the future that awaits, he suggested.

But it was equally possible that, “over the longer term, the democracies will come out of their shells to find a new type of pragmatic and protective internationalism”.

*A contributor to the National Endowment for Democracy’s Journal of Democracy.

Check out Episode One of the @CIPEglobal series Corona Economy: Crisis & Opportunities. In this episode, we speak with Hany Soliman on the role of the tech sector during the #COVID19 crisis. 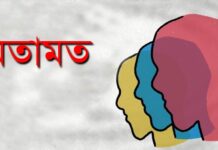 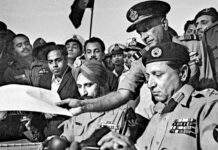 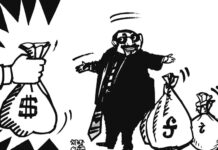