The Asian Development Bank (ADB) board is likely to approve US$500 million worth of credit support for Bangladesh on Thursday (May 7) to help the latter meet its budget deficit during the current financial year (FY), officials said on Monday.

Following the approval, the government is expected to sign a loan agreement within 7-10 days to get the fiscal support, they also said.

A senior official of the Ministry of Finance (MoF) told the FE that proposal to approve $500 million budgetary support for Bangladesh will be placed before the Manila-based lender’s board meeting in its headquarter on May 7.

He said the ADB’s support will lend some breathing space to the government that is in difficulty in bankrolling the budget due to fall in revenue collection amid the COVID-19 pandemic. 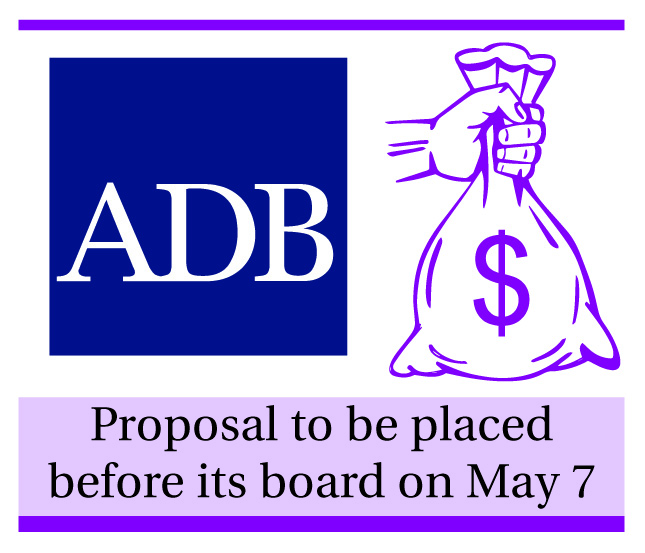 An Economic Relations Division (ERD) official said they have completed all the formalities in advance, so that they can sign the loan deal within 7-10 days from the date of approval of the loan.

The government has been desperately looking for the budgetary support to offset the deficit, which might cross 5.0 per cent of the Gross Domestic Product (GDP) this FY.

The World Bank (WB) in its latest South Asia Economic Focus report has estimated that Bangladesh’s budget deficit might swell to 7.7 per cent of the GDP in FY 2020, the highest in last one and a half decades.

The deficit in the next FY might vault a new height of 9.8 per cent of the GDP, the Washington-based lender has projected.

Out of the deficit, Tk 680.16 billion has been proposed to be bankrolled from external sources, and Tk 773.63 billion from domestic sources.

A MoF joint secretary told the FE that they are now looking for external funds to bankroll the budget deficit during the current as well as the upcoming FYs, as the government needs to spend a huge amount of money following the COVID-19 virus impact.

“It will be difficult to keep the budget deficit within the 5.0 per cent limit. Since we need to provide different stimulus packages and fiscal incentives to recover the Coronavirus-ravaged economy, public investment will have to be increased.”

At the end of current FY, the budget deficit will cross the 5.0 per cent limit, as the government has already started spending higher amount of money on emerging issues due to the COVID-19 outbreak, he added, preferring anonymity.

Meanwhile, the government has also sought more budgetary support from the ADB for injecting money into the upcoming national budget, fearing a huge gap between its income and expenditure.

It has also sought budgetary support from the WB and the International Monetary Fund (IMF) too to bankroll the deficit financing, officials added.