The Anti Corruption Commission (ACC) has brought back another amount of US$ 956,387.4 (Tk 740.24,35 crore) siphoned off by Arafat Rahman Koko, the youngest son of BNP chairperson Khaleda Zia, to Singapore.

The ACC received the money from the Singapore authority through a stolen money recovery account on August 13 this year. But, the money recovery was disclosed in a programme at a city hotel on Tuesday.

Attorney general M Mahbubey Alam handed over a symbolic check of the Oversees Bank of Singapore to ACC chairman M Badiuzzaman at the programme in this connection.

In January this year, the ACC also recovered an amount of Tk 1.5 million (15 lakh) as interest of SGD 2.04 million siphoned off by Koko.

Talking to reporters on the sidelines of the programme, attorney general M Mahbubey Alam said the ACC recovered the whole amount of the money (Tk 21 crore) siphoned off to Singapore by Koko.

He said many politicians earlier had laundered money abroad and the government is working sincerely to bring the stolen money back home.

“We came to know that they (politicians) laundered money to Hong Kong, London (UK), Malaysia and Greenland and other countries,” he said.

On March 18, 2009, the anti-graft body sued Koko and another person, Ismail Hossian alias Simon, for siphoning off the money he had illegally taken from a Chinese company and Siemens and other sources in kickbacks to help them get government contracts.

Koko was arrested on September 2, 2007 along with her mother from their cantonment residence. He left the country for Bangkok for treatment on July 19, 2010 on parole.

In 2011, a Dhaka court convicted Koko for money laundering and sentenced him to six years in prison and fined Tk 380 million. The Singapore authorities, the US intelligence agency – the Federal Bureau of Intelligence (FBI) – and the Attorney General of Bangladesh worked together to recover the stolen money.

The ACC for the first time investigated the case of overseas money laundering and corruption with the help of Singapore authorities, following a mutual legal assistance request (MLAR) under the UN Convention against Corruption. 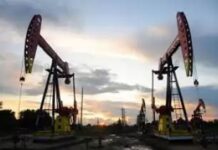 Big corporates blow up COVID-19 threat to make a killing