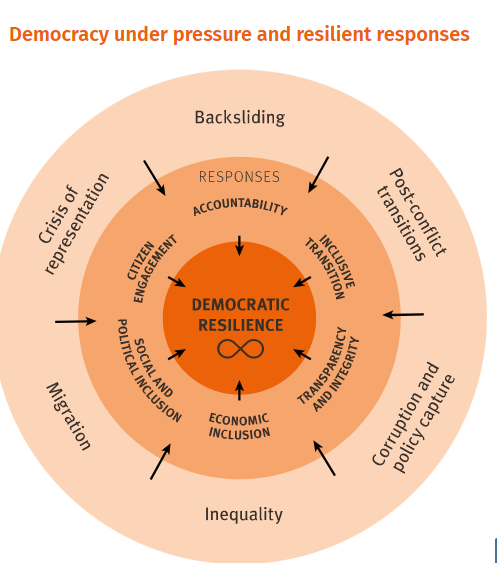 More than half of the world’s states are democratic, up from a quarter in 1975, with the number of democracies rising from 90 to 97 over the last decade alone. Consolidated democracies have proven resilient, the report adds, noting that 81% of states that were democratic in 1975 or have since become so, have maintained that status.

The challenge is more qualitative than quantitative, IDEA states.

“While the quantitative expansion of democracy continues
today, the quality of the world’s democracies is deteriorating. This deterioration takes different forms depending on the context,” it observes. “New democracies exhibit weak democratic performance and, even while building their democratic institutions and capacities, remain susceptible to backsliding into hybridity or a non-democratic state.”

Democratic erosion – “a statistically significant decline on at least one democratic substitute over a five-year period” – has more than doubled over the past decade, say the authors of The Global State of Democracy 2019: Addressing the Ills, Reviving the Promise.

“The quality of democracy is being eroded  […] with voters lured by populist alternatives that promise more effective solutions to current global social-economic challenges,” IDEA observes, citing four specific fields where democratic advances have been insufficient: corruption, under-representation of women in parliaments, low levels of judicial autonomy, and limited access to political power for some social groups. 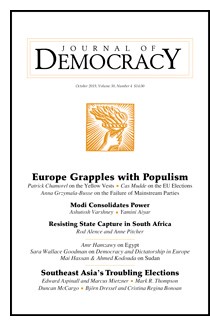 Civic space is shrinking In all regions and across all regime types. Freedom of expression, of religion, of association, and of the media have all deteriorated, even in regions like Europe, where democracy appeared to be entrenched.

Meanwhile, the share of weak and fragile democracies has grown significantly over the past 10 years and “democratic backsliding” is closely associated with the rise of left- and right-wing populist forces, it adds, citing Nancy Bermeo’s research on ‘On democratic backsliding’, published in the NED’s Journal of Democracy. The Guardian view on the Bangladesh history debate: distorted by politics Editorial

BFFCA against destruction of fruits without laboratory test