Why the Sunday Times has a lot of explaining to do 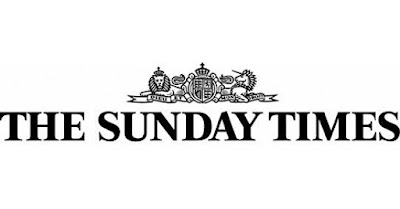 Bangladesh, an authoritarian regime, notorious for arbitrary detentions, false cases, extra judicial killings and disappearances would not seem the ideal source for a supposed expose in the Sunday Times claiming that a businessman who has lived in the UK for ten years was in fact a jihadist “terrorist”, and “arms dealer”.

But this did little to deter Tom Harper, the Sunday Time’s Home Affairs Correspondent from making such an allegation against Shahid Uddin Khan, a former colonel in the Bangladesh army in a report published late last month.

If the provenance of the allegations did not itself raise alarm bells about their integrity (and one assumes that for the Sunday Times, it did not) all that Harper had to do was to read an Al Jazeera investigation published in March which explained how Khan, far from being a “Jihadist” and “terrorist”, had been good friends and business partners with Tarique Ahmed Siddique, the security adviser to the Bangladesh prime minister and indeed the uncle of British parliamentarian Tulip Siddique MP. For ten years between 2009 and 2018, Siddique and Khan’s families jointly owned a land company in Bangladesh with Siddique’s wife as the chairperson and Khan the managing director.
As Al Jazeera explained, the absurd Bangladesh government allegations against Khan only arose as Khan has since 5 April 2018, the day after they closed down their joint company, been the subject of a vendetta by Siddique, presumably to keep Khan quiet and to hide Siddique’s family involvement in it.

The real story that Harper should have written is how Siddique in the last fourteen months has abused his control over the country’s security agencies resulting in the detention of a total of four members of Khan’s staff and three of his brothers for different periods of time – with the whereabouts of four of the men (three office staff and one brother) still remaining unknown, months after they were picked up and disappeared.
The full story is set out in detail in an article on this blog (and read this as well)

In his article, Tom Harper did not even mention Tarique Siddique, his business relationship with Khan, the evidence of the secret detentions and disappearances or indeed that the Bangladesh government blocked Al Jazeera’s website the day after it published its article about the vendetta.
Indeed, if the Sunday Times had any level of bona fides in this story – and it is difficult to see how it did – all it has to do was to have looked at the chronology of what has happened to realise that all the allegations against Khan of being a jihadist and terrorist are obviously bogus and false.
The Sunday Times has a lot of explaining to do.
The article appeared in the Bangladesh Politico on 4 July 2019

2 walk to gallows, 1 gets life-term in blogger Rajib murder case