What Bangladesh media failed to publish about UK parliamentary report 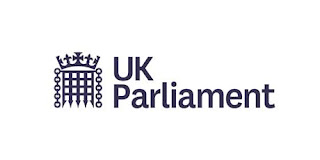 If you only read Bangladesh newspapers, and news websites, you might think that the recent UK parliamentary report, “Bangladesh, Burma and the Rohingya Crisis” published by the select committee on international development was full of applause for Bangladesh. This was because all the newspapers which wrote about the report – including the Dhaka Tribune, The Independent and New Age – simply published verbatim the highly misleading press release, titled UK Parliament praises Bangladesh economic growth, written by the Bangladesh government news agency BSS, rather than actually looking at the report itself.

Whilst it is certainly true that the committee report praised Bangladesh’s overall economic growth, and the government’s role in the Rohingya crisis, it was highly critical of the current government’s human rights record. In fact it was damning. This is what it had to say.

117. Our witnesses were clear that recent activity by the Bangladesh authorities was aimed at restricting freedom of debate and the capacity and willingness of civil society representatives to speak out and criticise. The 2014 general election in Bangladesh had been controversial and violent and the main BNP opposition party had boycotted it. Our evidence indicates that since then Prime Minister Sheikh Hasina’s government has been exerting increasing pressure on critics and opponents, directly, using intimidation, arbitrary arrests, vexatious proceedings and enforced disappearances and, indirectly, with repressive legislation and administrative rules; pressure on the judiciary and other authorities independent of government; and the politicisation of the police, courts and other public agencies. (emphasis added)

118. DFID is similarly concerned; Minister Alistair Burt told us that: “There has been a shrinkage of the political space” in Bangladesh adding that the UK Government raised concerns—for example about draft legislation on digital security or challenges to journalists and others—with the Bangladeshi authorities in public and in private. Discussions during our recent visit to Bangladesh indicated that, while in recent history, extra-judicial disappearances have been mostly aimed at terrorist suspects, they are increasingly aimed at opposition parties. ….

120. In general, human rights, while enshrined in Bangladeshi law, are reported to continue to be being abused widely. Bangladesh remains a Priority Country in this respect for the Foreign and Commonwealth Office. Credible reports from human rights organisations list: extra-judicial killings; arbitrary arrests followed by long detentions without charges; and enforced disappearances, allegedly at the hands of law enforcement officers. As mentioned above, victims of these activities have included opposition figures in recent times. The use of intimidation, ill-treatment and torture in custody remains rife.

It would perhaps be good if the Bangladesh media actually read reports rather than relying on government press releases.

The artcile appeared in the Bangladesh Politico Rejected, he killed her