The government has extended the Dhaka International Trade Fair-2015 by 10 days following persistent demands by businessmen for a longer run, despite an ongoing nationwide BNP-sponsored blockade. 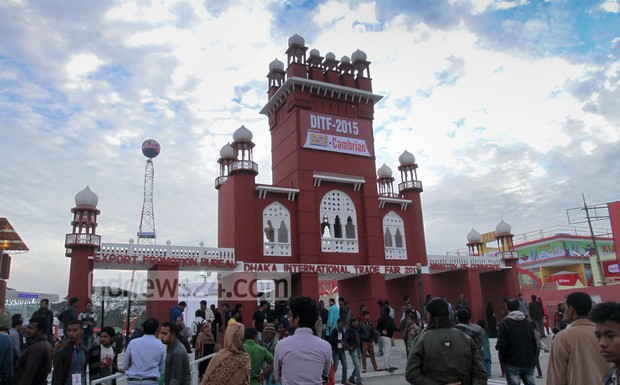 Vice-Chairman of Export Promotion Bureau (EPB) Shubhashish Bose told bdnews24.com that the commerce ministry and the EPB had taken the decision in a meeting on Sunday morning.

The monthlong 20th DITF, jointly organised by the EPB and the commerce ministry, was scheduled to end Jan 31.

The number of visitors in this year’s fair was relatively low partly because of the blockade.

Businessmen, who set up stalls in the fair, had been demanding a time extension fearing losses.

The fair mainly aims at promoting Bangladesh’s exportable products to the visitors from home and abroad.

Meer Shahidul Islam, leaseholder of the fair’s gate, said the number of visitors on an average was between 10,000 and 15,000 per day since the fair opened.