Bangladeshis will need anything between Tk 15,000 to Tk 20,000 to work in Saudi Arabia, the Expatriates’ Welfare Minister Khandker Mosharraf Hossain has said 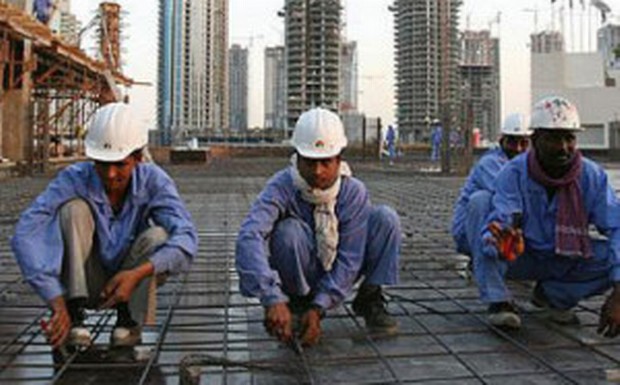 Bangladesh workers registered to travel to Malaysia will also be eligible for going to Saudi Arabia, the minister said at a press conference on Sunday.

He has recently returned from Saudi Arabia after holding high-level talks.

The kingdom is in mourning for King Abdullah bin Abdulaziz Al Saud, who died on Friday, so it might take a few days before the ban is formally lifted, said Hossain.

“Practically, workers won’t have to spend much to go to Saudi Arabia. The employer will bear the cost of levy, visa, travel and medical coverage.”

“It should not cost more than Tk 15,000 to Tk 20,000 to go there. This would be needed for making passports and other documents. They might also have to pay recruiting agencies.”

“A team of Saudi representatives, including technical experts, will visit Bangladesh soon. Everything will be finalised at that time,” said the minister.

“We have agreed to form a joint advisory committee with members from both sides to ensure workers’ welfare and transparency in their recruitment process.”

The minister was hopeful that costs for workers going to work abroad will also come down once Saudi Arabia resumes manpower imports from Bangladesh.

The oil-rich kingdom remains the largest manpower market for Bangladesh. It recruited about 150,000 Bangladeshis each year until 2008, said the country’s Bureau of Manpower, Employment and Training.

The annual average of recruitment from Bangladesh plummeted to around 10,000 following the ban on hiring of workers in the housing and agricultural sectors.

“Those interested in working in Saudi Arabia will be trained and recruited through a transparent process,” he said.

“They’ll hire people in all sectors. They will interview the workers, if they need 500 persons we will give them 1,500. They will select one out of three.”

Saudi minister Fakeih has underscored that the kingdom needed skilled workers, recruited through a transparent and online process involving all parties, during his meeting with Hossain on Jan 21.

He had also suggested an orientation programme for workers in Bangladesh before joining work.

The government, the minister said, has already informed all registered workers that they now have the option to work in Saudi Arabia.

“We are stressing on transparency and minimizing expenses for workers going abroad. We have agreed that anyone convicted in visa trading will be sentenced to 15 years in keeping with Saudi law.”