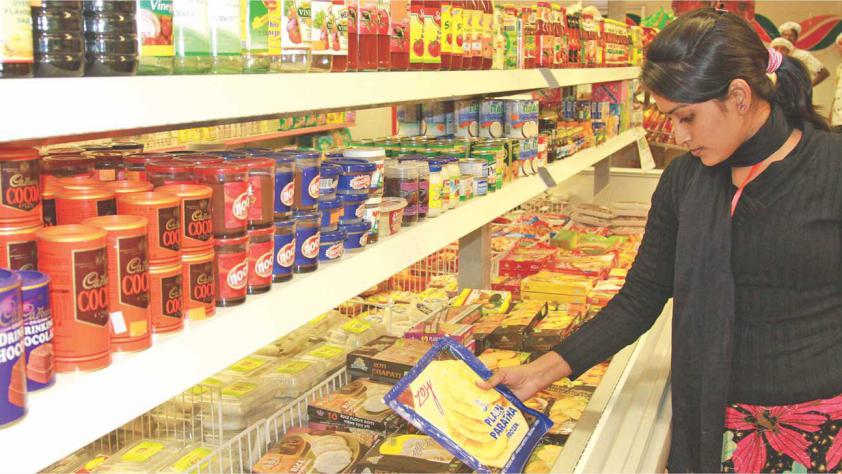 At present, a shopper has to pay 2 percent VAT on all items save for vegetables, fruits, fish and meat bought at superstores. From next fiscal year, the VAT will rise to 4 percent.

The move would bring uniformity with others as a 4 percent trade VAT is levied at all levels except for supermarkets currently, said revenue officials.

To eliminate the discrimination, Muhith proposed imposing the same rate of trade VAT on superstores.

“It is suicidal for both the government and the organised retail stores,” he said, while appealing to the finance minister to reconsider the move. Shaheen Khan, chief operating officer of Meena Bazar, termed the move discriminatory as the shoppers do not have to pay trade VAT elsewhere.

The move will be a blow to the expansion of the sector, said the official of Meena Bazar that has 20 stores.

Currently, the National Board of Revenue collects specific amounts of VAT known as package VAT from retailers and small traders on the basis of minimum amount of value addition by them. The government plans to raise VAT on all items save for vegetables, fruits, fish and meat bought at superstores to 4 percent from existing 2 percent from the next fiscal year. Photo: Star/File

In the proposed budget for fiscal 2015-16, the package VAT has been increased 27 percent to Tk 14,000 for the retailers and small traders of Dhaka and Chittagong city corporations.

For municipality areas, Tk 7,200 has been proposed, which is an increase of 20 percent over the current year.

Revenue officials said the retailers usually collect VAT from customers in the form of profit, but customers cannot notice it as they are not charged directly.

Khan said the NBR had earlier taken an initiative to ensure installation of electronic cash registers (ECRs) at all retail points, but the drive faded over time.

All retailers were supposed to have ECRs for proper collection of trade VAT, but that has not taken place.

“It appears that those of us who are using ECRs are suffering,” the Meena Bazar official said, while urging the government to introduce package VAT for the supermarket sector to create a level-playing field for all.

In its opinion on the proposed budget, the Federation of Bangladesh Chambers of Commerce and Industry also urged the government to keep the trade VAT on supermarkets unchanged.

Will depreciated taka put a brake on fake imports