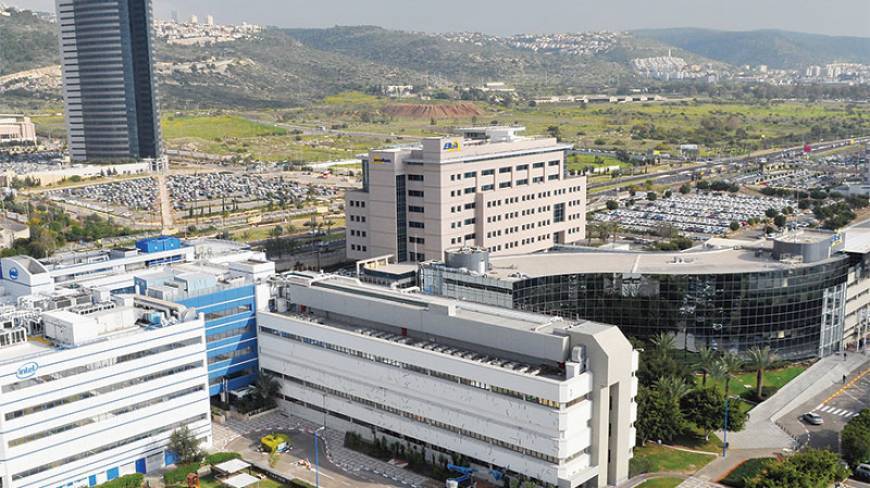 Everyone has heard of Silicon Valley, home of ubiquitous high-tech companies, the likes of Google, LinkedIn, and Facebook, but have you heard of Silicon Wadi? I’ll give you a hint. Silicon Wadi is smaller in size than Khulna division and the state of New Jersey, yet it has more high-tech start-ups per capita than any place in the world. It’s also located in the volatile Middle East. Can Silicon Wadi provide any lessons to “Silicon Bangladesh”?

Silicon Wadi is Israel’s Silicon Valley. This small country is home to over 60 NASDAQ listed companies, that’s more companies on the NASDAQ than Europe, China, Japan, and Korea combined. Silicon Wadi also boasts the highest per capita venture capital industry in the world — in Israel nearly 1,000 new firms are launched each year. When it comes to technology innovation, there is no denying that Israel is a powerhouse.

Perhaps it’s not fair to compare Bangladesh to Israel when it comes to technology innovativeness, but I think it is fair to ask: Why not Bangladesh?

In Start-up Nation, the business bestseller, authors Dan Senor and Saul Singer cite several reasons for Israel’s prowess in technology. One reason, perhaps somewhat controversial, is the mandatory military service for both men and women before they attend college.

Could this military training and the culture of discipline that one gains from the Israel Defense Force (IDF) be at the heart of Israel’s start-up success? Are there any take-aways for Bangladesh?

The Israeli military is designed to serve as a transformational experience for soldiers at an early age — where soldiers are taught to constantly overcome hurdles, improvise, seek new solutions, share knowledge, and work collaboratively. If it wasn’t for the military part, the program sounds like a blueprint of MBA or a management trainee program.

Imagine if every student in Bangladesh had such training from an early age, where it was less about regurgitating theory and good handwriting, but solving problems — tackling real life day-to-day challenges that affect Bangladeshis. The goal wouldn’t be for all students to become entrepreneurs; the byproduct of intense training would be a better trained workforce that is more engaged, efficient, and able to perform without excessive supervision.

Without an efficient workforce, Bangladesh will not be able to attract multinational firms or run domestic ones effectively to compete with even neighboring nations. The lean, nimble, and hyper-efficient workforce is a precursor to Silicon Bangladesh.

Everyone is fully aware of the daily obstacles in Bangladesh, from the lack of infrastructure and legal barriers to political instability, and everything in between and beyond. All these additional risks and uncertainty stifle Bangladesh’s full potential as a start-up nation.

That is why if you ask a soon-to-be university or MBA graduate in Bangladesh, what they plan to do in post-graduation, not many will say they want to start their own company. Most will say their dream job is working at a multinational firm or taking over their family business. As long as there is uncontrollable red tape, excessive corruption, and blatant nepotism, Silicon Bangladesh might as well just be a silicon dream.

There is also a cultural and social dimension in the Israeli military that gives trainees certain advantages other nations cannot provide.

Around the world, military are known for strict adherence to hierarchies and ranks, but in the IDF, this is almost non-existent; lower ranked recruits hardly salute to a higher ranked officer, and everyone addresses each other by their first name, even when it’s a private interacting with a general. You may be asking, what does this have to do with entrepreneurship?

Great ideas often crystallise when we think out loud, debate, challenge thoughts, and provoke — where people are not afraid to voice their opinions. This type of mindset is needed at every stage of a company’s launch, from ideation to execution. Watch interviews of young Bill Gates or read about Steve Jobs’ internal meetings, these great innovators challenged everyone around them (and wanted to be challenged by others). I am sure many of their ideas came to shape from open spirited debates.

Can you imagine the interaction between a lower ranked officer and a General in the Bangladesh military service? In a sea of more “yes sir” than one could possibly count, would you expect an exchange of ideas to take place?

It is well known, that if the subordinate disagrees with his higher ups or makes a well thought out counter argument, he better know how to dance a fine line, or be charged with being “disrespectful.” This norm in Bangladesh isn’t only true in the military service, but also in nearly every social and corporate structure.

Silicon Bangladesh can be free to fully flourish when ideas and substance trump stars on badges, social hierarchies, and seniority.

I once observed a more senior professor at one of Bangladesh’s most prestigious business schools reprimand a junior professor because of a disagreement; it was embarrassing for me to even witness this interaction. Their dialogue was more reminiscent to how a parent interacts with their child.

I still have fond memories of my Technology Strategy professor at the University of Chicago (Booth School of Business), pushing and challenging us to encourage a rigorous debate. When we worked on class projects, we were asked to focus on defending what we proposed, instead of the “correct” answer. Our group discussions were often heated “arguments,” and many times those discussions resulted in the best ideas.

Israel’s small size and limited population is a disadvantage, but in spite of it, they were able to make this their strength. Due to its size, everyone seems to know everyone, which creates a natural network. When an officer leaves service, he has enough contacts from the military to launch companies.

Bangladesh too is a small nation, but one with a large population, densely centered in Dhaka. It would seem a natural network could exist in Dhaka for budding entrepreneurs as well. However, there is one major difference between those in Israel and Bangladesh, the Israelis are vigorously committed to sharing their knowledge, contacts, and most importantly, they are willing to cooperate with each other for the benefit of their nation.

Silicon Wadi’s reputation has attracted investments from across the globe; Samsung to Microsoft to SAP. Companies incubated in Israel are being acquired by foreign firms; Facebook acquired mobile app analytics company Onavo for over $100 million and Google acquired social mapping firm Waze for nearly $1 billion (this is not a typo, it’s a billion dollar!) — this is just the tip of the iceberg. High level private-public partnerships are being formed between Korea’s Ministry of Trade and Israel for drone technology and information security; and China is on the scene as well.

The high level investments to Israel’s technology sector has allowed local graduates (and smart dropouts) opportunities to work for established companies as well as start-ups, and those few who are willing to dare, are launching their own start-up.

Undoubtedly, every nation has their unique set of advantages and disadvantages, thus making a fair comparison difficult; this however does not mean one should fear asking tough questions about the current structure in place or fail to find lessons in other’s successes.

It would be too optimistic to say that Bangladesh will be a “start-up nation” or “Silicon Bangladesh” anytime soon; but remember, just 25 years ago, Professor Michael Porter of the Harvard Business School devoted just one sentence of his nearly 900-page The Competitive Advantage of Nations to Israel.

Today, start-up technology firms are synonymous with Israel. Like the founders of Tesla, YouTube, and Twitter, Silicon Bangladesh too has to be youth driven — those who are willing to take risks, break few rules, challenge authority, and persevere. The government has a role too — develop the infrastructure that allows entrepreneurs to thrive, and not get in the way.

More than just cogs in the machine

To be or not to be

To keep RAB or not to keep RAB