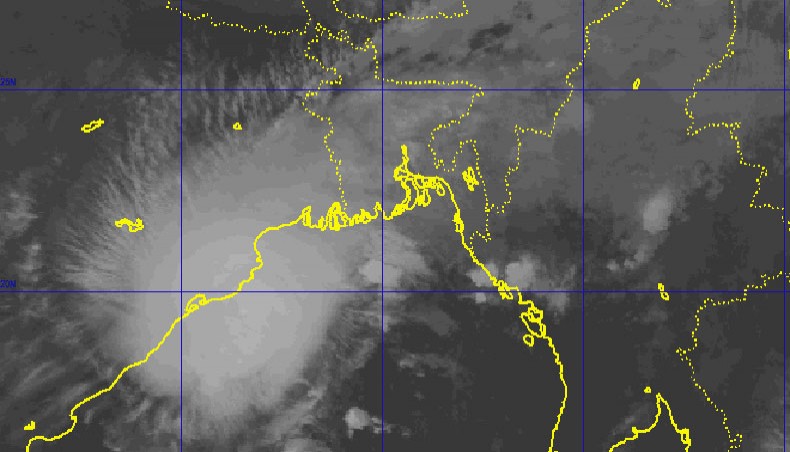 The maritime ports of Chittagong, Cox’s Bazar, Mongla and Payra have been advised to hoist local cautionary signal four as a depression is moving over the North Bay.

All fishing boats and trawlers over North Bay have been advised to remain close to the coast and proceed with caution till further notice. They are also advised not to venture into the deep sea.

The country is having light to moderate rainfall from Thursday night for the depression. Plying of all vessels including sea-trucks has been suspended at Hatia in Noakhali due to the inclement weather. Met office is yet to confirm whether the depression may turn into a cyclone.

It is likely to intensify further and move in a north-northeasterly direction and may cross Barisal-Chittagong coast by Sunday morning..

It is likely to intensify further and move in a north-northeasterly direction. Under its influence deep convection is continuing over North Bay. Squally weather may affect the maritime ports and coastal areas of Bangladesh, said a Met office bulletin.

Harassment of Star editor must stop

‘US, India to work together to help Dhaka fight terror’