Being denied their citizenship at home, Myanmar’s Rohingya Muslim minority is trying to tell the world that they are Burmese.

Fleeing sectarian violence, hundreds of thousands of Rohingyas have taken refuge in Bangladesh, but the Burmese authorities have so far refused to take them back.

The Rohingyas have also been denied their citizenship and left out of the just concluded population count.

This denial is also a stumbling block in the relations between the two neighbours, Bangladesh and Myanmar.

As they cannot raise their demands at home, their compatriots living in the countries of Europe are doing it for them.

Registered in the Netherlands, the European Rohingya Council has its members in at least 12 EU nations.

Mohamed Ibrahim is the general secretary of this Council, which works as a “lobby and advocacy” group.

“I am Rohingya. I am a Burmese,” he introduced himself to bdnews24.com on the sidelines of the just-concluded DW Global Media Forum in Bonn.

He said they were raising their voice in Europe, as “we can’t speak in our own country”.

He said they had volunteers in both Bangladesh and Myanmar, who fed them with information. They also run a news portal.

“We lobby here,” he said. They go to the EU headquarters and the UN office in Geneva to make themselves heard.

“Why is Bangladesh silent? You should also raise your voice,” he said.

“We want our citizenship back in Myanmar. We want our basic human rights”.

“If someone wants to go to Bangladesh, they can easily go. Even they are pushed by the Burmese authorities, but they’ll not take them back once they are out”.

“They always try to push Rohingyas to Bangladesh or to other countries,” he said.

He pointed to the recent negotiations between the border guards of the two countries where the Burmese side initially tagged a condition to the release of an abducted Bangladeshi border soldier, Abdur Razzak, insisting on an exchange of 555 human trafficking victims found on boat without checking their nationality.

Ibrahim was joined at the global forum by one of his volunteers in the UK, Shajida Begum, who was born in a Teknaf camp and left Bangladesh at the age of 13.

She said she could leave Bangladesh along with her parents as they used to work for the UN projects in the camp.

A training director of Myanmar’s Journalism Institute Sein Win, who also participated at the global forum, strongly supported the cause of the Rohingya people.

“They are our citizen,” he also told bdnews24.com.

He said Burmese “hate Rohingyas for no reason”.

“General people hate them even without knowing. They just heard about them.

“This is not realistic. You just ask them why you don’t like them. They don’t have any reply,” Win said.

“We have to solve this. This must be solved. They (Rohingya) don’t have any basic rights,” he said.

He suggested more people-to-people contacts, and interaction with journalists to improve the relations between Bangladesh and Myanmar. 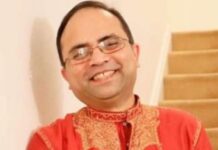 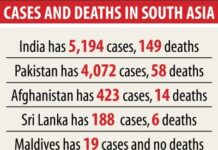