Prime minister Sheikh Hasina on Monday came down heavily on US congressman and chairman of the Asia and Pacific subcommittee Brad Sherman for his proposal to annex Rakhine state of Myanmar into Bangladesh, terming it ‘fulsome and unjust’, UNB reports.

“Uttering such words is very much fulsome and unjust,” she said while responding to a question at a press briefing at her official residence Ganabhaban about the outcomes of her recent China visit.

The prime minister said Bangladesh is happy with its areas of 54,000 square miles or 147,000 square kilometres.

“We fully reject the proposal to include other country’s border in our territory or attach a province of another country. Every country has to remain happy with its own sovereignty and Myanmar will be the same,” she said.

Sheikh Hasina questioned about the intention of the US Congressman’s proposal. “They might be a very big country and he is the congressman of that country, but do they forget their past history where there were civil wars in their country? They should not forget their past. How do they say that the past will not be repeated in the future?” she said.

The prime minister also said many incidents are taking place every day in Rakhine state. “Why should Bangladesh attach that kind of problematic area to it after knowing all these?”

“We’ll never do that. Myanmar is our neighbour and we’re sheltering Rohingyas on humanitarian grounds. But sheltering them doesn’t mean that we’ll include one part of their country,” she said.

Hasina mentioned that Bangladesh does not have that kind of mentality. “Every country will stay with its own sovereignty… I want that,” she said.

She also said the US congressman should propose that the Myanmar has to take back their nationals from Bangladesh. “That’s the thing the congressman should do. That will be a humanitarian matter. This is not right to create anarchy inside any country,” she said.

The prime minister also mentioned that wherever the US puts their hands, fire engulfs every place of it. “There’s no peace anywhere (where they got involved); rather this gave rise to militancy and anarchy in those areas,” she added.

She said countries of the region are trying to stay in a peaceful atmosphere. “Their efforts to ignite fire in this region aren’t accepted,” she said.

During a budget hearing, US congressman Brad Sherman on 13 June said if the Myanmar government is reluctant about establish good governance to save its Rohingya community and if they do not want to provide security to the Rohingya people living at the northern parts of Rakhine state or unable to do so, then the Rohingya majority area of the state should be incorporated with Bangladesh.

He also said the US should support the proposal to annex Rakhine to Bangladesh that is also a demand for the people of the area. 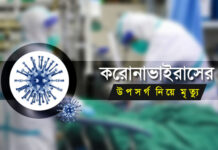 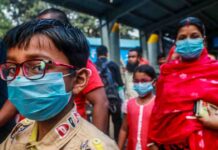