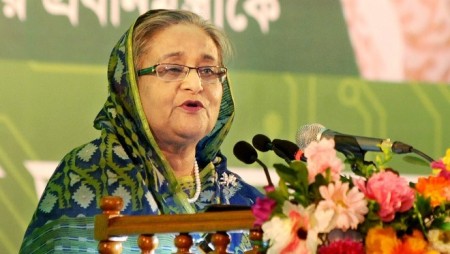 The prime minister, Sheikh Hasina, on Thursday appreciated Bangladesh Nationalist Party for joining the municipal elections shunning the politics of destruction.
‘… at least they (BNP) didn’t walk on the path of arson and burning, they returned to the path of election, they became pro-election ones, I appreciate them for this,’ she said.
The prime minister made the statement after receiving the results of PSC, Ibtedayi, JSC and JDC, and inaugurating the Book Festival at Ganabhaban.
She said BNP has become aware these days and that is why they did not try to destroy the future of students by announcing any destructive programme.
Recalling the painful days during the early part of the outgoing year, the Prime Minister said the country’s people had to pass a vary dreadful days due to arson and Molotov bombs attacks by the BNP-Jamaat nexus. ‘And that was very much regretful.’
She hoped such incidents will never happen again in the future and students will be able to continue their academic activities smoothly.
BNP joined the municipality mayoral election held on Wednesday along party line for the first time.
Hasina also recalled the destructive activities of the BNP-Jamaat alliance during various public examinations in 2015 making students the worst sufferers. ‘I hope no one will resort to destructive activities in the name of movement and unleash arson-terrorism in the future,’ she said.
The prime minister mentioned that the government wants students to be able to sit for their examinations peacefully and pass their exams accordingly. 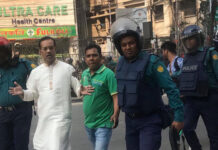 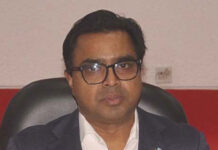 Will not leave streets until govt’s fall: Khandker Mahbub