Finance Minister AMA Muhith on Saturday said he would come up with a clear outline within a week on implementation of the multibillion-dollar Padma Bridge project with the government’s own resources.

The Finance Minister said this while exchanging views with editors and senior journalists of different dailies, news agencies and TV channels at a pre-budget discussion meeting at his ministry.
Muhith mentioned that the Padma Bridge project would get an allocation of Tk 6,852 crore in the coming budget for fiscal  2013-14, while the current budget has got an allocation of Tk 1020 crore.
The Finance Minister’s remarks came at a time when the government is weighing two separate offers from Malaysia and China for implementing the mega project.
Works on the Padma Bridge project have already started and it is expected to be completed by 2018.
Earlier, the World Bank cancelled its promised US$ 1.20 billion fund of the US$ 2.9-billion bridge project on corruption allegation.
Monjurul Ahsan Bulbul of Boishakhi TV, Syed Fahim Munaim of Masranga TV, Tawfiq Imrose Khalidi of bdnews24.com, Shahiduzzaman Khan of Financial Express and Rahat Khan were, among others, present at the meeting held at the Finance Ministry’s conference room.
Responding to various queries and remarks by the editors about Hall-Mark Group and Destiny Group scandals, the Finance Minister admitted that the steps taken against them for their alleged corruption are not adequate.
He, however, said the Anti Corruption Commission (ACC) has already taken steps against Sonali Bank officials up to the general manager (GM) level.
“But, steps should have been taken against those involved in the case above the GM level,” he said.
Defending his position about Hall-Mark Group which allegedly embezzled more than Tk 4,000 crore, Muhith said he is in favour of reopening Hall-Mark’s factories which may pave the way for returning the embezzled money.
Supporting the government stance not to file cases against some people allegedly involved in embezzling stock market money, the Finance Minister said there is no enough evidence to prove the allegations against the accused. “There’s no scope for filing any case against four people as there’s no witness to prove the allegations,” he said.
A probe committee, headed by a former deputy governor of Bangladesh Bank, in its report mentioned their names.
About Grameen Bank, the Finance Minister claimed the bank is functioning much better than before when it was run by its founder Dr Mohammad Yunus. “Actually, he’s creating problems in its better functioning,” said the Finance Minister who formed a commission to investigate its external affairs.
As the editors recommended increased allocation for the development of Bangladesh Railway and river routes, the Finance Minister said, “I’ve given the Railway department some ideas to improve its services.”
He said projects have been taken up to install direct railway line up to Maowa connecting it with the proposed Padma Bridge. “Besides, Dhaka- Chandpur direct railway line is under consideration.”

Muhith mentioned the Railway will take steps to build a separate railway bridge alongside the existing Bangabandhu Jamuna Multipurpose Bridge to reduce load on it. “This new bridge will involve relativ 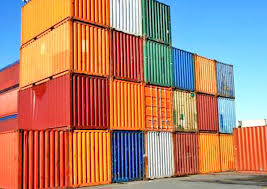 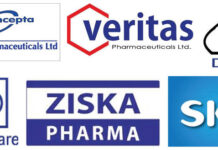 300 diploma engineers to have internship at Walton