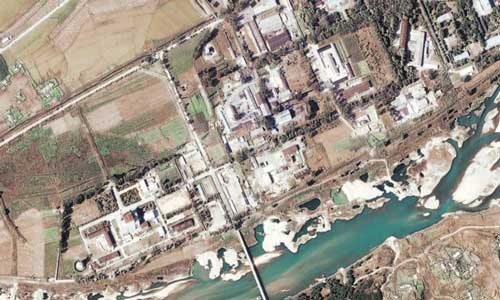 North Korea says its main nuclear facility, Yongbyon complex, is now in ‘full operation’.
The country was improving its nuclear weapons ‘in quality and quantity’, state-run news agency KCNA reported Yongbyon’s reactor was shut down in 2007 but Pyongyang vowed to restart it in 2013, following its third nuclear test and amid high regional tensions.
The reactor has been the source of plutonium for North Korea’s nuclear weapons programme.
Six-nation talks aimed at ending North Korea’s nuclear programme have been stalled since early 2009.
The North was ready to face US hostility with ‘nuclear weapons any time’, KCNA said on Tuesday.
However, the full scope of North Korea’s nuclear capabilities is unclear.
Pyongyang claims it has made a device small enough to fit a nuclear warhead on to a missile, which it could launch at its enemies.
However, US officials have cast doubt on this claim and experts say it is difficult to
Source: Dhaka Tribune

H.R. McMaster Breaks With Administration on Views of Islam