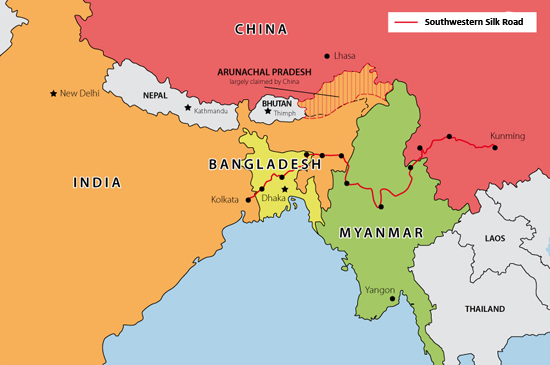 China-brokered talks between Bangladesh and Myanmar aimed at repatriating hundreds of thousands of Rohingya refugees are expected to resume next week after being stalled for a year, officials said Wednesday.

Myanmar has not cooperated in ironing out related issues, but Bangladesh is hopeful some headway will made at the upcoming meeting, Minister of Foreign Affairs A.K. Abdul Momen told journalists.

“We hope it will be a fruitful meeting,” Momen said of the talks that will take place in Dhaka next week.

He said that China had initially set the date for Jan. 9-10, but postponed it due to Foreign Minister Wang Yi’s visit to Myanmar on Monday and Tuesday.

The last tripartite meeting on Rohingya repatriation was held in January last year. Since then there have been no meetings of the three nations’ representatives because of the COVID-19 pandemic and national elections in Myanmar on Nov. 8, Momen said.

Most of the 1 million Rohingya who fled Myanmar live in 34 refugee camps in and around Cox’s Bazar, including more than 740,000 who escaped a brutal crackdown in Rakhine state in 2017.

In late 2017, Bangladesh and Myanmar officials agreed to begin repatriating Rohingya in early 2018.

The countries had set two dates to begin the repatriation –  November 2018 and August 2019 – but refugees were reluctant to return to what they said was a hostile environment in Rakhine.

Bangladesh’s foreign minister said Myanmar had been dragging its feet on the repatriation issue.

For instance, Myanmar is very slow in verifying the names of the refugees, Momen said.

“Bangladesh has handed over a list of 840,000 Rohingya to Myanmar for verification. But Myanmar has verified only 42,000 people. They are very slow in this regard. Myanmar lacks sincerity,” Momen said.

He also said that when Myanmar had agreed to take back some refugees it was planning to split up families.

“Myanmar wants to take members of the same family to different places. That is why the complexity is increasing,” Momen said.

The foreign minister said that repatriation was the only solution to end the Rohingya crisis.

“There is no alternative to repatriation. We are doing our part of job … but our neighbor is not cooperating with us,” Momen said.

Last month, the United States and United Nations praised Bangladesh for its generosity toward the Rohingya who were forced to flee their country.

They said Myanmar needed to ensure that conditions there were safe for the refugees’ return.

He referred to Myanmar by its earlier name.

Myanmar is the one that has to solve the Rohingya refugee crisis, said Tom Andrews, the U.N. special rapporteur on the situation of human rights in Myanmar.

“Make no mistake: the Rohingya crisis emanated from Myanmar and can only be solved in Myanmar,” Andrews said in a statement also issued that day.

This time around, something concrete could emerge from the meeting because recent developments may spur China to pressure Myanmar on Rohingya repatriation, Delwar Hossain, a professor of international relations at Dhaka University, told BenarNews.

“Though there was no positive outcome from the meeting in the past, the current context needs to be looked at a little differently. Because, in the last few months, there has been a kind of ‘diplomatic momentum’ on the issue,” Hossain said.

He said the Rohingya issue came up twice recently at a U.N. General Assembly committee tasked with discussing social, humanitarian affairs and human rights issues around the world.

“There were more than 130 votes against Myanmar. China, India and Japan also said they will try to resolve the issue by talking to Myanmar at the highest level,” he said.

At meetings in November, the committee approved a draft resolution on Myanmar, expressing “grave concern at reports of serious rights violations by the military and security forces against the Rohingya.”

The draft resolution was passed with 131 countries voting in favor. The nine nations who voted against it included Myanmar and China.

The resolution drew attention specifically to reports of rights violations in Myanmar’s Kachin, Rakhine, and the southern Chin and Shan states, “leading to the forced displacement of more than 860,000 Rohingya and other minorities to Bangladesh.”

In response, Myanmar’s delegate called the draft “intrusive” in pushing his country to follow “illegitimate demands.”

He said the resolution’s sponsors were “fanning the flames” and “conveniently ignore[d]” coordinated attacks that Myanmar believes were perpetrated by the Arakan Rohingya Salvation Army, a militant group.

Nevertheless, the General Assembly committee in December adopted the draft resolution, titled “The Situation of Human Rights of Rohingya Muslims and other Minorities in Myanmar,” with China and Myanmar again voting against it.

At that time, Myanmar’s representative said his country and the government had taken steps to address human rights issues.

Dhaka University’s Hossein said these developments, along with the interim verdict of the International Court of Justice (ICJ) against Myanmar in January 2020, again highlighted the plight of the Rohingya to the world.

The U.N.’s top court had in January ordered Myanmar to protect Rohingya Muslims from genocidal acts, with 17 judges unanimously supporting the imposition of measures on the country to refrain from destroying evidence of alleged crimes that could be used in future hearings.

“All these are positive. But we cannot keep confidence in Myanmar due to the character of the state or the behavior of its rulers. Greater international pressure needs to be exerted on Myanmar to begin repatriation,” Hossein said.

“The involvement of China in the diplomatic process is a positive development, but Beijing continues to support the Myanmar regime. They voted for them at the U.N. a few days ago.”

Still, a Rohingya refugee in Cox’s Bazar in Bangladesh told BenarNews that he was hopeful about the meeting.

“We hope China will play a positive role for Rohingya repatriation in the meeting and will stand by the refugees,” Master Mohammad Ilias, president of Arakan National Union, an organization of Rohingya refugees, told BenarNews.

Sunil Barua contributed to this report from Cox’s Bazar, Bangladesh.