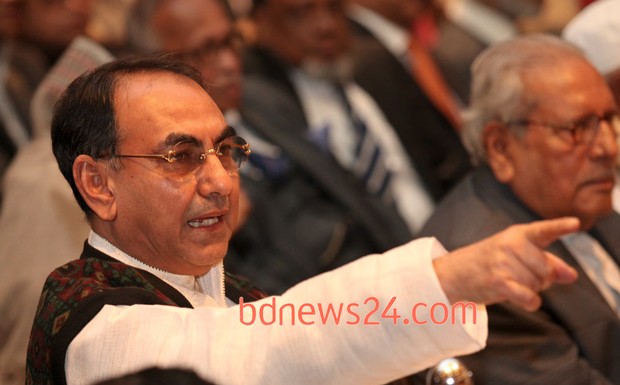 The BNP has announced a new committee led by Standing Committee member Mirza Abbas as the convenor for its Dhaka metropolitan unit to ‘liven up’ its anti-government movement.

The announcement has come barely 10 days before the Eid-ul-Fitr after which the party plans to launch street agitation to topple the government.President of Jatiyatabadi Swechchhasebak Dal, the BNP’s volunteer wing, Habib-Un Nabi Khan Sohel has been made the member secretary of the 52-strong committee.BNP Joint Secretary General Ruhul Kabir Rizvi announced the committee Friday night at a press briefing at the party’s Naya Paltan headquarters.Apart from the committee, he also announced the names of four members of the advisory panel.Chairperson Khaleda Zia and several Standing Committee members finalised the list on Thursday night at her Gulshan office.The last convenor committee was announced on May 14, 2011.Former mayor of Dhaka and party Vice-Chairman Sadeque Hossain Khoka had led the 19-strong committee and Abdus Salam was the member secretary.It was supposed to form a full committee within six months but that never happened.Members of BNP’s Dhaka City unit berated the Khoka-led previous committee after the party failed to thwart the Jan 5 national election.Thanks to it, the ruling Awami League secured an absolute majority and returned to power for a second consecutive term.The BNP and its allies have since been demanding early polls under a non-party government’s supervision.Khaleda has been warning that the 20-Party Alliance, led by the BNP, will force the government to accept its demand.Several senior BNP leaders had also questioned Khoka’s leadership.Khoka, however, announced that he was quitting the convenor post on Mar 12.Khaleda, too, recently admitted to “errors ” in the party’s agitation strategy in the capital ahead of the Jan 5 polls.On Wednesday, she had said that a new convenor committee for Dhaka metropolitan unit was imminent.