West Bengal’s ruling Trinamool Congress put up a spectacular show, sweeping the Lok Sabha polls in the state to emerge as the fourth-largest party in the new Lok Sabha.

The BJP signalled its rise as a force by eating into the vote share of the Left Front which was nearly wiped out.The Congress, however, put up a stubborn fight to hold on to its pockets of strength in the state.Of the state’s 42 seats, the Trinamool picked up 34, recording its best performance as it nearly doubled its 19 seat tally of 2009. However, while five years back, the Trinamool had an alliance with the Congress, this time it fought the polls alone.The Trinamool’s strength in the Lok Sabha would be after the Bharatiya Janata Party (286), Congress (47) and the AIADMK in Tamil Nadu (37).The Congress won four seats, while the BJP and the Left front spearhead Communist Party of India-Marxist collected two each.In the previous Lok Sabha polls in 2009, the then Trinamool-Congress-Socialist Unity Centre of India-Communist (SUCI-C) alliance had won 26 seats. The Congress got six seats, while the SUCI-C won in one constituency.The Left Front had got 15 seats, with the CPI-M securing nine and other partners – the Communist Party of India, the Revolutionary Socialist Party, and the Forward Bloc – the remaining.For the Left, the 2014 general elections witnessed its worst show in the state after Independence, and for the Left Front, the most pathetic performance since its formation in 1977. Not only did its vote share drop to 29.3 percent from 43.3 percent in 2009, but it even finished third in half a dozen seats.The BJP’s best performance in Bengal so far was in 1999, when it bagged two seats – but in alliance with the Trinamool. This time, BJP had fought on its own and recorded a higher voting percentage of over 17 percent, bettering the 12 percent vote share it obtained in 1991.Bollywood singer and BJP candidate Babul Supriyo came up with a surprise win in Asansol, while his party colleague S.S. Ahluwalia humbled former Indian soccer captain Bhaichung Bhutia of Trinamool in Darjeeling.

Trinamool nominee and actress Moon Moon Sen, a political greenhorn, pulled off a major upset by defeating nine-time MP and CPI-M leader in the outgoing Lok Sabha Basudeb Acharia in Bankura.Of the three union ministers in the state, Adhir Ranjan Chwodhury – also the state Congress chief – won by a thumping margin of over 3.56 lakh votes in Baharampur over singer cum Trinamool rival Indranil Sen, while Abu Hasem Khan Chowdhury triumphed in Maldah South. However, the other union minister Deepa Dasmunsi lost out in Raiganj to CPI-M central committee member Mohammad Salim. Besides Salim, the other CPI-M winner was Bodruddoza Khan from Murshidabad.Among the victorius Trinamool candidates are former railways minister Dinesh Trivedi (Barrackpore), party supremo Mamata Banerjee’s nephew Abhishek Banerjee (Diamond Harbour), state party chief Subrata Bakshi (Kolkata South), former union minister Sudip Bandyopadhyay (Kolkata North), Netaji Subhas Chandra Bose’s grand nephew and Harvard don Sugata Bose (Jadavpur), and former union ministers Sougata Roy (Dum Dum), Sultan Ahmed (Uluberia) and C.M. Jatua (Mathurapur).Celebrity nominees of Trinamool who made the cut were actress Sandhya Roy (Medinipur), actor Tapas Pal (Krishnanagar), Satabdi Roy (Birbhum), and Arjuna awardee former Indian soccer captain Prasun Mukherjee (Howrah).President Pranab Mukherjee’s son Abhijit Mukherjee (Congress) managed to retain Jangipur after a stiff contest with CPI-M’s Muzaffar Hussain.Dedicating her party’s stupendous performance to the people, West Bengal Chief Minister Mamata Banerjee said her party would play a greater constructive role in the country.However, she conceded that the electoral battle this time was “difficult” but alleged there was a concerted effort to “malign us and even central agencies were used”.A visibly-rattled Left Front chairman Biman Bose described the verdict as “unexpected” but refused to give reasons for the debacle.“The verdict is completely unexpected. About the performance, we can make a comment only after analysing the various aspects. We have not discussed about it, so I cannot comment,” he said.BJP state chief Rahul Sinha said it was a new beginning for his party and it would go from strength to strength in the coming days.Chowdhury said seen in the overall national situation, his party’s performance in West Bengal was “satisfactory”, if not good.The CPI(M) won both the seats in Tripura, riding the crest of the state government’s reputation for good governance. 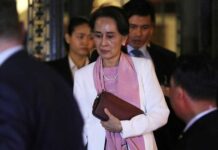 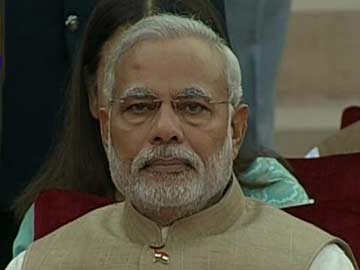