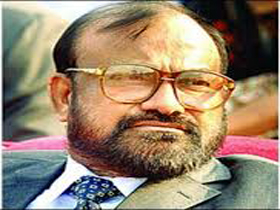 Terming state minister for home Asaduzzaman Khan a fool for his recent remarks on law and order and Narayanganj killings, BNP vice chairman Sadeque Hossain Khoka urged the Prime Minister to replace him with an eligible person.

“It’s known to all who’ve carried out the Narayanganj killings and abductions, but the state minister for home has said those took place after my speech. I knew him (Asaduzzaman) as a simple man, but he is in fact a stupid and worthless person,” he said.

Khoka made the remark at a joint meeting of Dhaka City unit BNP at Bhashani auditorium in the city’s Nayapaltan area.

Earlier on May 28, addressing a programme of BNP, Khoka threatened to launch a guerrilla attack against government if it does not quit power willingly.

In the wake of growing incidents of killing and abduction, Asaduzzaman recently blamed Khoka’s guerrilla attack threat for the sharp deterioration in the law and order situation.

Trashing the junior minister’s remark, Khoka, also an ex-Dhaka city mayor, said there is no link between his threat and the recent spate of killings and abductions, including the ones in Narayanganj.

Khoka also branded Asaduzzaman as a banana-tree type state minister, and urged the Prime Minister, who is actually in charge of the Home Ministry, to give him the charge of social welfare or any other ministry by replacing him with a competent person to look after an important ministry like home.

The BNP leader alleged that the government is trying to shift the gruesome Narayanganj killings to a different direction by making irresponsible remarks instead of carrying out a fair investigation into it.

Khaleda not to be arrested right now