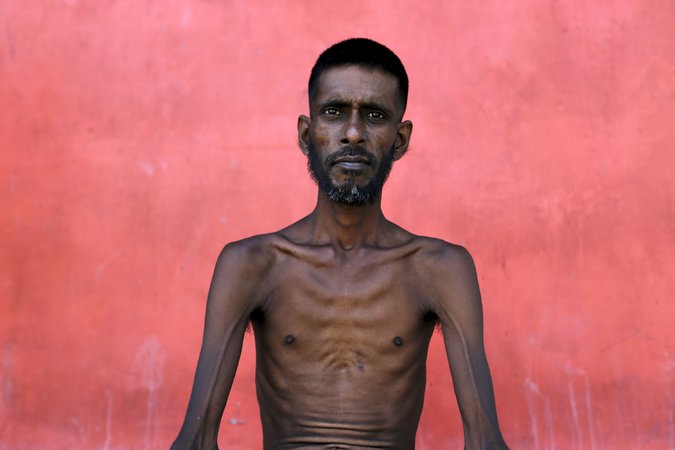 Indonesia and Malaysia agreed on Wednesday to take in thousands of migrants stranded at sea until they can be sent home or resettled in a third country, in the first official action by Southeast Asian nations to try to resolve a crisis well into its second week.

Responding to international pressure to save the migrants, many of whom have been adrift in rickety boats for weeks with little food or water, the agreement by the foreign ministers of Indonesia, Malaysia and Thailand was a potential lifesaver even as experts said it offered only a temporary fix to deeper problems.

It reverses the previous position of those governments, whose navies had been pushing boatloads of desperate migrants from Bangladesh and Myanmar away from their shores in what international aid groups characterized as a dangerous game of human Ping-Pong.

But in a sign of the underlying problems that remained, the migrants’ home countries, Bangladesh and Myanmar, did not participate in the talks in Malaysia that led to the agreement on Wednesday. And Thailand, which has been a way station for the migrants and until recently a haven for traffickers, did not agree to take in any migrants.

The agreement came as fishermen on the Indonesian island of Sumatra rescued at least 370 migrants from sinking ships and brought them ashore. Those migrants included passengers from a boat that was spotted by journalists adrift in the Andaman Sea near Thailand and Malaysia last Thursday.

An estimated 7,000 to 8,000 migrants are still at sea, many of them abandoned by traffickers after a recent crackdown by Thailand on human smuggling. An additional 3,500 migrants — mainly Bangladeshis seeking jobs and ethnic Rohingya fleeing persecution in Myanmar — have landed in Indonesia, Malaysia and Thailand, or have been rescued offshore, since May 10. Many of them are women and young children.

In the agreement announced on Wednesday, Indonesia and Malaysia said they would “provide humanitarian assistance to those 7,000 irregular migrants still at sea.” They also agreed “to offer them temporary shelter provided that the resettlement and repatriation process will be done in one year by the international community.”

The statement called on countries to “share the burden” by providing financial support.

While the details have not been worked out, Mr. Lowry called on regional governments and commercial shipping companies to help pinpoint the locations of migrant boats and provide them directions to landing points in Malaysia and Indonesia, or rescue them if necessary.

The United Nations High Commissioner for Refugees called the agreement “an important initial step” and “vital” for saving lives, but said further action was required to address the root causes of crisis.

Tens of thousands of Rohingya, a stateless Muslim ethnic group that lives primarily in Rakhine State in western Myanmar, have fled the country during the last several years, most going to Malaysia or Bangladesh. The government in Myanmar does not recognize the Rohingya as citizens and has refused to accept any back.

Officials from Myanmar did not attend Wednesday’s meeting in Malaysia and had no plans to attend a regional conference in Bangkok on May 29 to discuss the issue, said U Zaw Htay, deputy director general of the office of President Thein Sein of Myanmar.

In a statement on Tuesday, Myanmar’s Foreign Ministry said the government was “deeply concerned” with the problem and was “making serious efforts” to combat trafficking and illegal migration. But officials have made no suggestion of reconsidering their policies toward the country’s one million Rohingya.

Surin Pitsuwan, a former Thai foreign minister and former secretary general of the Association of Southeast Asian Nations, said Myanmar’s cooperation would be essential to finding a more lasting solution to the crisis.

“Myanmar has to demonstrate to the world that it can resolve its own internal complexities and resolve this citizenship problem” with the Rohingya, he said, as well as the government’s failure to provide them education and health care.

While the migrants from Myanmar may be allowed to apply for asylum, in Indonesia, Malaysia or perhaps a third country, those from Bangladesh are mainly economic refugees who are likely to be sent home, experts say.

They are likely to resist repatriation: Many have made great financial sacrifices to make the voyage and many have relatives working abroad whom they had planned to join.

“Those who are identified as Bangladeshi nationals, we will bring them back to our country,” said Khandker Mosharraf Hossain, Bangladesh’s minister for expatriates’ welfare and overseas employment. He called the decision by Malaysia and Indonesia to take in migrants “a very good decision because our primary concern was to save their lives.”

The military government in Thailand, where the migrant issue has been divisive, was still grappling with its response, including whether to take any migrants.

“Whether to accept them or not, I don’t know,” Prime Minister Prayuth Chan-ocha told reporters on Wednesday. “We are discussing it.”

“Let’s hope that this failure of Thai leadership is temporary, and that Bangkok recognizes that it should urgently revamp its stance and join with Indonesia and Malaysia to save these people on the high seas and provide them with humanitarian shelter and assistance ashore,” said Phil Robertson, the organization’s deputy director for Asia.

Officials in the Philippines expressed willingness this week to accept migrants, but did not make specific pledges as to how many might be taken in and under what circumstances. They have said that if migrants make it to the shores of the Philippines, they will not be turned away.

But the crisis is unfolding more than 1,500 miles away with migrants using flimsy boats, and so far none have come near the Philippines.

One issue that was not controversial was human trafficking, which all of the countries involved, including Myanmar, agreed to try to stop.

The migrants who have made it to shore in Indonesia told stories of weeks of horror and brutality at the hands of the traffickers, who extorted them for money, provided little food or water and then abandoned them on the open sea to evade a crackdown on smuggling networks by the government of Thailand. There have been reports of passengers dying of starvation and their bodies being tossed overboard.

During their meeting on Wednesday, the three foreign ministers pledged to take necessary action against human traffickers, and they called for an emergency ministerial meeting of the Association of Southeast Asian Nations to discuss transnational crime.

The migrants saved by fishermen in Indonesia were on several ships rescued separately on Tuesday evening and Wednesday morning off Aceh Province, on the northern tip of Sumatra, said Maj. Gen. Fuad Basya, chief spokesman of the Indonesian military.

He said they all were taken to a camp in Langsa, in East Aceh District, one of two camps opened in the province last week.

Chris Lewa, coordinator of the Arakan Project, a human rights group that tracks migration in the Andaman Sea, said that one of the ships that had arrived in Aceh had been first discovered last week by journalists off the coast of Thailand.